S Rajen said that both exams will be held as usual in normal schedule without deferring. 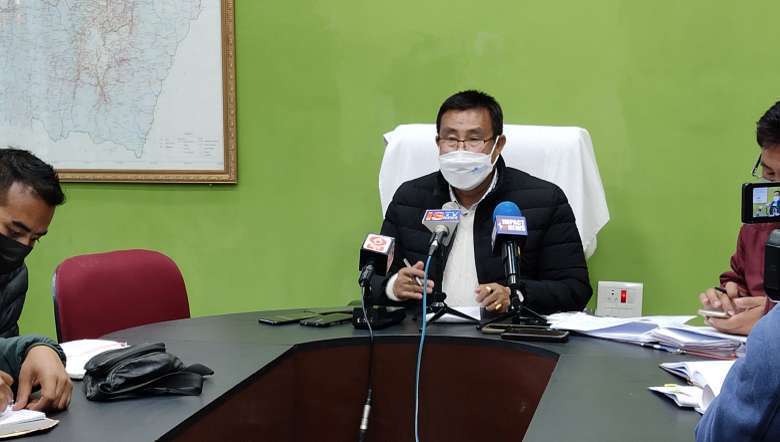 Manipur Education Minister Sorokhaibam Rajen on Monday stated that there is no plan to postpone the state board examination for class X and class XII despite the prevalence of the COVID-19 pandemic.

Rajen was responding to media query during a press conference held at his office chamber, Old Secretariat, in Imphal Monday.

When asked about the state government’s decision regarding the exams as schools remained shut for almost 10 months owing to COVID-19 pandemic, the education minister said that so far no concrete decision has been taken in connection with state board examination for class X and class XII. However considering the career of the students, both exams will be held as usual in normal schedule without deferring, he stated.

While saying that the result of class XII board examination is the deciding factor of future career for the students, Rajen said that postponing the exam may cause them to miss the opportunity of getting admission in reputed colleges and universities. As such, the state government will try its level best to conduct the examinations in the usual schedule, he added.

He further said that despite being an education minister, decisions of state board examinations cannot be taken alone. As such, a proposal was submitted in this regard to discuss thoroughly so as to chart out feasible ways and possibilities of conducting the exams, he said, adding that regarding the reopening of schools and colleges, the government is planning to frame a new standard of operating procedures exclusively for educational institutions of higher classes.

During the press conference, Rajen, who is also fisheries minister, said that the department of fisheries had selected 900 fish farmers as beneficiaries of Rastriya Krishi Vikas Yojana for this year. Of it, an amount of Rs 15,000 was transacted successfully to 705 beneficiaries through direct benefit transfer mode. However, the rest 195 are not getting the benefits due to lack of documents, he said.

While continuing that the list of rejected beneficiaries is available in the department, the minister maintained that the applicants can come and check their name and submit the required and valid document within a week. Otherwise, the government will invite new applicants for the remaining 195 beneficiaries, he added.

Rajen also said that under various schemes such as RKVY, Blue Revolution scheme of National Fisheries Development Board as many as 1,060 fish farmers had benefited in 2017 to 2020. The government will be inspecting those fish farming sites which are carried out under the support of those schemes within a few days. During the inspection, they will shortlist fish farmers who perform their farming activities sincerely during the inspection. As a reward, further support will be given, he announced.

“The initiative of inspection is a part of the government’s mission to make the fish production self-reliant in the state,” he said, adding that biofloc training will be carried out in most areas of hill districts soon.