Politics in the horizon again

Manipuri tribes have been aligning themselves with the Naga brotherhood espoused by AZ Phizo years ago while Kukis are trying to consolidate the Kuki-Chin-Mizo brotherhood for a separate aspiration as opposed to the Naga aspiration. 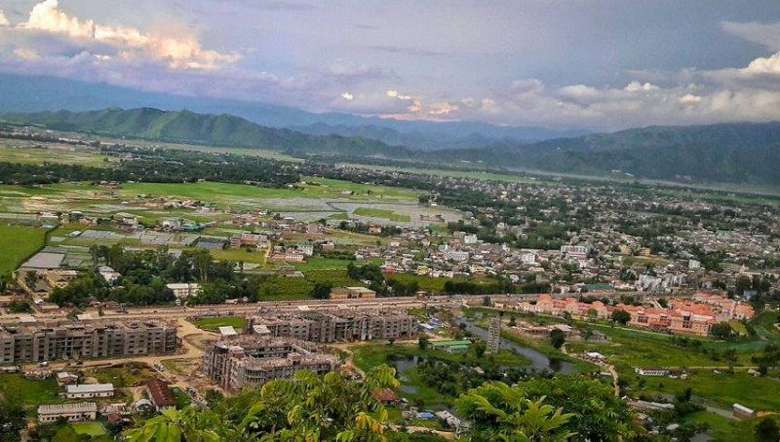 Manipuris, more particularly the Meiteis, have not been practicing politics in the last few decades. Rather, they had been on a defensive note to various ethnic aspirations spewing everywhere around them. Manipuri tribes have been aligning themselves with the Naga brotherhood espoused by AZ Phizo years ago while Kukis are trying to consolidate the Kuki-Chin-Mizo brotherhood for a separate aspiration as opposed to the Naga aspiration. In the meanwhile, Meiteis are in a time-warp. When the 1997 Bangkok declaration of ceasefire without territorial limits were signed between NSCN-IM and GoI representative Padmanabhaih, the Manipuris were rudely awakened. And thus began the movement for maintaining the territorial integrity of Manipur at any cost. There was hardly any serious efforts for assuaging hurt feelings among the hill brethren. Rather, it was all about territorial integrity and not of hurt sensibilities. Yes, we cannot deny the outreach programmes of the said organisations. But, we have to say it is little too late. What was most lacking was the leadership and outreach most required of a majority community towards the lesser communities, and a political overreach.

Time does bring maturity. And the one-day people’s convention on special status for Manipur on December 26 is certainly a beginning. It resolved that no ethnic-based territorial council can be accepted within the territory of Manipur, citing that such an arrangement will create more political and ethnic problems in the state. COCOMI coordinator Sunil Karam stated that small community groups are likely to be endangered with the present scenario.

There is also the apprehension that some large communities might engulf people from small communities. To prevent such a threat to small communities and to provide equal rights and equal privilege for each ethnic community, the people’s convention is being organised, he said. With the resolution of the convention, the ethnic communities can raise demand for a special status to protect the ethnic rights and identity as a whole, said Sunil. As per the resolutions adopted by the convention, a people’s democratic movement demanding for a special status of Manipur within the framework of the Indian Union is to be launched.

The principle includes acknowledging the need to protect the territorial, administrative and emotional integrity of Manipur, cherishing the age-old bond of brotherhood among all the indigenous communities of Manipur, upholding the inalienable rights of all the indigenous communities to protect, preserve and develop their respective distinct identities, realising the necessity to maintain harmony by respecting each other’s distinct identities and realising the truth that only a ‘special status’ with a high degree of autonomous power for the state of Manipur can provide for all aspirations and rights of all communities and others, three administrative subjects namely defence, external affairs and inter-state relations shall be vested in central government while the rest shall be conferred on the state government by amending the constitution of India, to provide powers to Manipur to trade with its neighbours, inter-state migration within the state shall be controlled by Manipur, amendment of Article 3 of the Indian constitution by inserting a proviso that any change in the boundary of Manipur shall require the concurrence of the Manipur Legislative Assembly and land and resources of Manipur shall vest in the state. Indeed, it is a step forward and surely good politics.

READ MORE:
‘Amit Shah assures COCOMI not to grant autonomy to any community in Manipur’
Convention on special status for Manipur to be held ahead of Amit Shah’s visit
First Published:Dec. 28, 2020, 1:19 a.m.
Tags: