Opposition MLA Th Lokeshwar Singh said the budget estimation for renovation of Sawombung to Sagolmang road has already been shown to him by the works minister who assured to start the renovation works immediately. 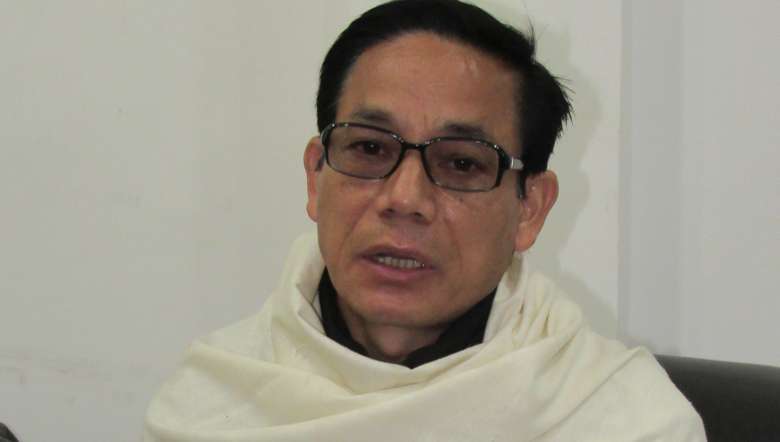 Works Minister Th Biswajit will be considered incompetent if he does not fulfil his assurance of renovating Sawombung to Sagolmang road and is unable to upgrade it to a major district road, Opposition MLA Th Lokeshwar Singh said on Sunday.

“I trust the assurance given by Th Biswajit in the House during the recent assembly session that Sawombung to Sagolmang road will be upgraded to a major district road and renovation work will be started immediately as per official procedures,” Lokeshwar said in a press conference held at his residence at Sagolmang, Imphal East on Sunday.

If the assurance does not materialise in time, then the works minister will be considered incompetent for the job, he added.

Lokeshwar said, he along with some people of the assembly constituency had met the works minister earlier, and he was told to approach the department concerned for further steps. Therefore, an official letter was sent to the minister concerned and chief engineer on April 15, 2020, he added.

The letter mentioned about making arrangements for upgradation of Sawombung to Sagolmang road to a standard major district road. It also connects Saikul sub-division and Kangpokpi district as well, the letter stated.

It stated that the road needs to be upgraded to a major district road as it has a width of 100 feet already available. The letter also requested to consider the matter as a special case and take immediate steps in the interest of the public.

Lokeshwar further said the budget estimation for renovation of the road has already been shown to him by the works minister who assured to start the renovation works immediately.

He said that it would be considered a privilege and appreciated if a social worker starts doing renovation work from his own expenses. “However, if the social worker is going to humiliate the people of the area by comparing them to beggars, then he will not tolerate it as a representative of Khundrakpam assembly constituency,” he said.