The first batch of trainings at the Tata-IIS, Mumbai was launched on Friday. 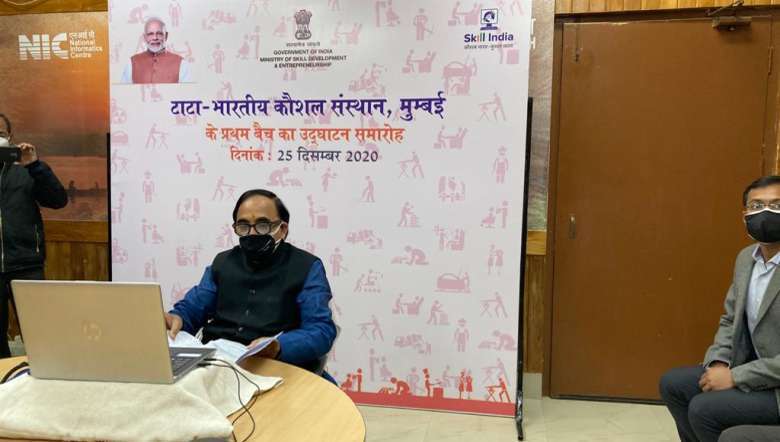 The first batch of trainings at the Tata-IIS, Mumbai was launched at a virtual event by Union Skill Development and Entrepreneurship Minister Mahendra Nath Pandey on Friday to provide an impetus to Skill India programme through private sector participation.

The institute is a joint initiative between the Skill Development and Entrepreneurship (MSDE) Ministry, Government of India and Tata Indian Institute of Skills.

"The primary goal behind setting up the institute is to create industry-ready workforce as per the evolving demands of the national and global markets. The institute plans to provide trainings in highly specialized areas such as defense, oil and gas, aerospace, and other emerging businesses to meet industry demands, the Skill Ministry said in a statement.

The first batch at TATA-Indian Institute of Skills will commence training with two courses in Factory Automation, with duration ranging from one to four weeks, depending upon the pre-qualification profile of the trainee.The institute will also offer scholarships to the first 100 students along with attractive fee options during this initial launch phase.  An early bird scholarship scheme of 75 per cent has also been announced for the first 100 students/trainees, it added.

Speaking at the launch event, the union minister said that IIS Mumbai will be instrumental in imparting world-class training to help build a future ready workforce.

“With an aim to provide high-quality technical and vocational learning across various sectors, the foundation for state-of-the-art infrastructure was laid last year and today with the launch of its first set of courses at IIS Mumbai, I can proudly say that we are inching closer to achieve the vision of our Honorable Prime Minister, Shri Narendra Modi of making India the ‘Skill Capital of the World’. Following the footsteps of other prominent centers of education in the country, IIS Mumbai will be instrumental in imparting world-class training to help build a future ready workforce," Pandey said.

The institute envisages partnerships with multiple private organizations who are leaders in their respective fields, two of which are currently in place, with FESTO, a global leader in industrial automation and SMC Corporation, Japan, world’s largest manufacturer of pneumatic components, for trainings.

The two courses launched on Friday will focus on Factory Automation, envisaged to be the foundation for future courses and Smart Manufacturing (Industry 4.0) technology and applications, to prepare youth for emerging job roles of the next five years and beyond. It will be offered at Tata-IIS interim campus at the National Skills Training Institute (NSTI), Chembur.

The institute’s permanent campus is under construction in the campus of National Skill Trainers’ Institute (NSTI), Mumbai. The campus is likely to be operational by 2022, and will have a capacity of over 5,000 trainings per year.