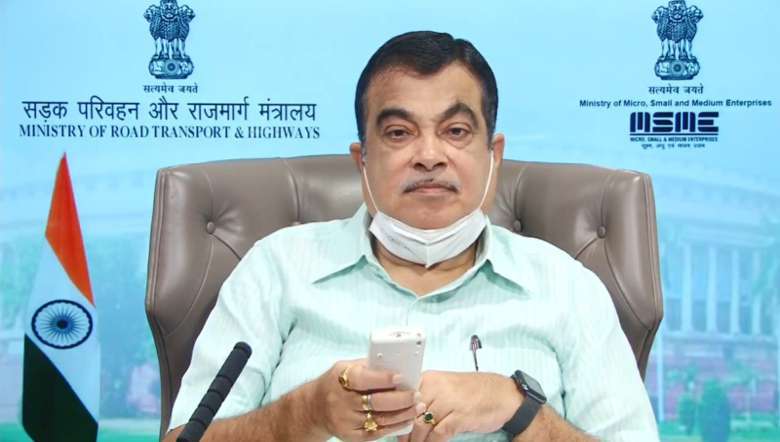 These projects will ease the transportation of commercial goods within and across the State, will improve connectivity at the borders, enhance employment opportunities, save time and fuel, improve tourism and infra development, and will result in providing connectivity for agricultural produce up to larger markets.

Speaking on the occasion, Gadkari assured the State government of his full support in developing NH network in Assam. He said, Assam has a special place in his heart. The Minister said, Rs 2,104 crore were approved for 174 projects under CRIF for the state, out of which Rs 1,177 crore have been released till now. The Minister announced a sum of Rs 221 crore under CRIF for the current year, against the annual accrual of Rs 139 crore only.

Gadkari announced enhancement in the NHO amount for Assam from Rs 1,213 crore to Rs 2,578 crore for current financial year. This was welcomed by the crowd with a thunderous applaud.

Gadkari also announced construction of a multi modal logistic park (MMLP) in Silchar. This will be the second MMLP in Assam after the one being made in Jogighopa. State government will provide 200 bigha land in Harinachra village along the Barak River. This will benefit the people by way of development of Road and waterways connectivity.

The Minister also announced that construction of Dhuvri-Phoolbari bridge will begin in the coming month. He said, a sum of Rs 4,497 crore will be spent on this 19 km bridge. This will reduce the distance between these two places in Assam and Meghalaya by 203 km. He informed that he is requesting the Prime Minister to lay its foundation stone in the next 15 days.

He further informed that the DPR is ready and the tender has been floated for the 6.75 km Majuli bridge, which is part of the 131 km long Majuli project worth Rs 900 crore.

Chief Minister Sarbanand Sonowal assured to take forward all the suggestions given by the Union Minister. He said, his government is committed to development of the state, and uplifting of the life style of its people. He said, he is working in co-operation with the Centre to achieve his government's targets.