N Biren Singh said that people should follow the guidelines and protocols announced earlier by the government while celebrating Christmas. 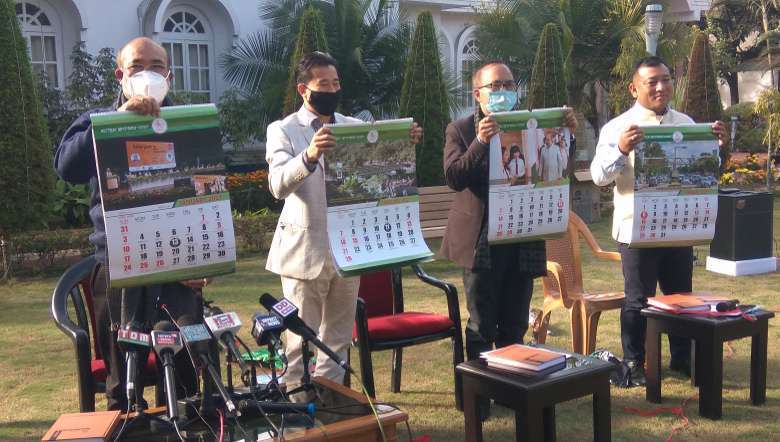 The diary and calendar were released in the presence of Information and Public Relations Minister Th Biswajit, Education Minister S Rajen, director DIPR and commissioner DIPR.

As there is a possibility of COVID-19 vaccine coming soon, people should continue taking necessary precautionary measures, he said.

He said that international flight of the country has been suspended temporarily due to detection of new Covid strain recently in Britain.

For Manipur, there are some relaxations considering the Christmas festival but while celebrating the festival, people should follow the guidelines and protocols announced earlier by the government, Biren stated.

He also expressed his gratitude to the IPR minister for publishing the annual diary and calendar in time before the coming of the new year.

The chief minister also appealed to the people to support the visit of Union Home Minister Amit Shah who is expected to come on Sunday.

The state government is planning to organise a reception ceremony for the union home minister for fulfilling the demand for implementation of inner line permit in Manipur, he added.

He also extended Christmas wishes to the people of Manipur.

Ahead of Christmas, Assam Rifles ushers in music for change in Manipur’s Tamenglong