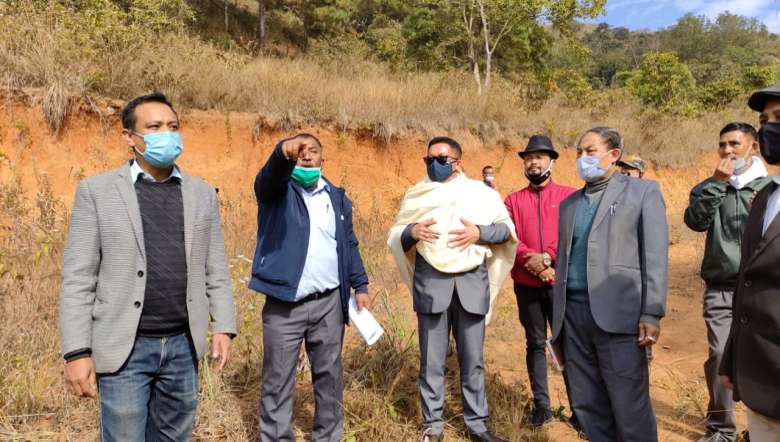 The MLA was speaking to the media during an official visit to the Eco Park located at Angaan Hill of Kakching for setting up the said Centre. He said that the land where Eco Park is situated has been a state land and managed by Alliance for Development Manipur (ADAM) as of now. Setting up a Science Centre Cum Planetarium at this park is most suitable, and it is believed that setting up such a centre will surely generate employment among the youths, he said. Several eco-friendly and environment-friendly projects can also be taken up at the site, he added. He further expressed his happiness to learn that the Eco Park itself had already been announced to become an eco tourism spot.

Director of Science and Technology, Government of Manipur E Ibocha who took part in the visit said that the District Science Centre will have to be set up for each district of the state, but no such centres have been set up in any districts so far except for the one in Imphal. Luckily, the department has decided to set up a District Science Centre in Kakching district which is a new district in the state, he said while adding they are visiting the site with the local MLA for that purpose, he added.

Later, MLA Rameshwor also visited the site where the office complex of SP Kakching is to be constructed. They also visited to check the ongoing construction work of Mini Secretariat building of Kakching district and the DC Bungalow.

The official visit of Thursday witnessed the presence of scientific officer, Science and Technology Department, Government of Manipur KC Romesh, ADM Kakching district Moirangthem Kapajit and other officials of the department.