A reception function was held on the inclusion of Thang-Ta in Khelo India Youth Games 2021. 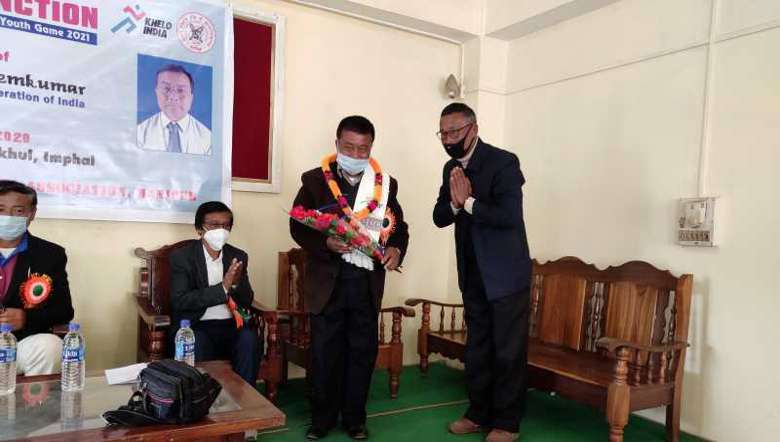 Getting recognised by the National Sports Federation would give more opportunity in terms of promotion and preservation of the art form. As such, the state government should take initiative to get the recognition, he urged.

He continued that most of the nations have their own indigenous martial arts which were used as a defence during wartime. Realising its significance, every nation has started putting efforts to develop them in the form of a standard game, he added.

Premkumar pointed out that not getting recognition of the federation is one of the major reasons why many people hesitate to join this game.

While saying that preservation and promotion of this ancestral art form require the full-fledged recognition of the federation, he added that getting recognition would also help in including Thang-Ta as one of the disciplines in the Olympic Games.