There is no proper electrification inside the market and the market shed has been used for illegal activities at night, said a women vendor in Imphal. 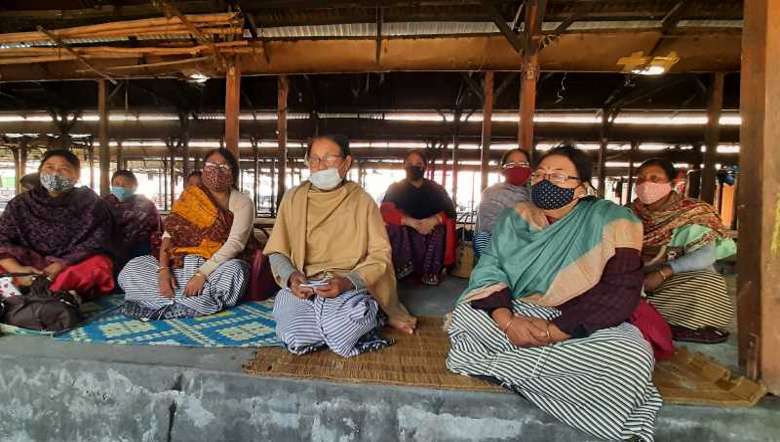 Manipur women vendors of the temporary market also known as the 4th Ima Market have demanded renovation of the market shed prior to the resumption of economic activities.

Speaking to the media at the temporary market on Tuesday, one vendor Wahengbam Luwangleima said that business activities in the Ima Keithels have ceased since March due to the COVID pandemic.

The state government has renovated the other three Ima markets which are in better condition than the temporary market. However, the temporary market which is occupied mostly by hand to mouth earners has been neglected till date, contended Luwangleima.

"Majority of the vendors in the temporary market are daily bread earners. However, we have no option but to cease our small business since March due to the pandemic. We are not demanding reopening of the market but to renovate it before the resumption of the business," Luwangleima said.

Moreover, various animals roam freely in the market, use it as a shelter and even defecate, she added.

Luwangleima also said that they had earlier already urged the state government to renovate the market but no positive steps have been taken till date.