Will try to have maximum candidates from Shiv Sena in coming elections: Dilip Panicker

Though the present state government has been taking various steps on road connectivity in the city areas, there is a strong need to bring more development, the North East observer secretary of Bharatiya Kamgar Sena said. 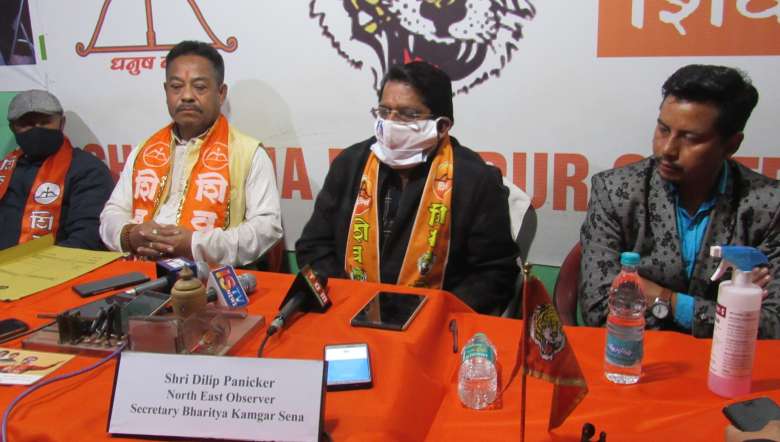 He was speaking to the media during a press conference held at the state Shiv Sena office located at Babupara, Imphal on his two days visit to Manipur.

State president of Shiv Sena, M Tombi said that the state government needs to take necessary measures to resume three Khwairamband Ima markets. To avoid the spread of COVID-19 the three markets were shut down but people who are doing business in the markets are suffering for the last more than eight months.

“If the women vendors are allowed to resume their business in shift wise or roster method by maintaining certain standard operating procedures (SOPs), then their sufferings would be reduced,” Tombi said.

Tombi further said that the government has been taking necessary measures to avoid traffic congestion by widening the roads and streets in city areas, however, the issue of traffic congestion has not been solved due to improper parking of vehicles.

He appealed to the authority concerned to review the parking system as unwanted incidents might happen during any emergency.