Go to the opium fields

Instead of shouting from rooftops and making an appeal from meeting platforms, our representatives need to go to the villages and convince the villagers to shift to sustainable forms of farming. 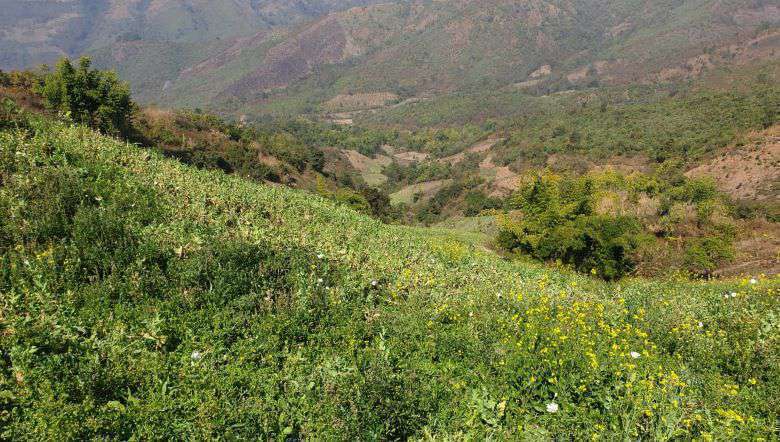 As a part of the campaign against drugs, Chief Minister N Biren Singh has been openly advocating the cultivation of alternative crops instead of poppy plantation in the hill areas. Other ministers have joined. Now it is the turn of the Chandel MLA and Water Resources Minister Letpao Haokip to join the campaign.

The minister recently appealed to the hill people not to indulge in poppy cultivation, but to shift to other economically viable crops. He said that the present government is always ready to encourage and support such activities that will enhance the economy of the people in remote areas. Also, the government will not tolerate poppy cultivation and carrying out other illegal activities, including contrabands in any part of the state, he added.

In the past, Manipur was just a transit point in drug smuggling originating from the infamous Golden Triangle, as it shares a 400 km long border with Myanmar. Acetic Anhydride and other acids used in manufacturing Heroin used to be smuggled from the Indian side through Manipur in large quantities then. Of course, opium was plenty in the Golden Triangle then.

Now, the story is different. There is large scale poppy plantation in the hill areas. Earlier, poppy plantation in Manipur hills was mainly in the regions bordering Myanmar and the opium extracted from these poppy fields was generally meant for supply to minor heroin manufacturing units just across the border.

Somehow, the poppy plantation became widespread in the hills and it began to be treated as some sort of ‘cash crop’ yielding easy money. And, the heroin manufacturing units also came up in the state itself, mostly in the valley areas of Thoubal district. It has also become evident that drug cartels based in Manipur have become major suppliers of Brown Sugar, Heroin and other synthetic drugs across the country.

Drug seizure of Manipur origin in various cities of the country has been a regular occurrence, in the recent past. According to investigating agencies in the state, poppy cultivation is rampant in Manipur as the same fetches more money than other crops and the farmers are also supported by the drug mafia and the cross-border network of illegal drug traders.

The state’s law enforcement agencies have destroyed over 5,000 acres of illicit poppy cultivation in the past two years and seized more than 1000 kg of poppy and poppy derivatives like heroin and brown sugar.

The Chief Minister, while asking villagers to choose alternative means of livelihood like plantation of palm trees, lemongrass and other horticulture items or mithun rearing, has also promised to launch “a massive drive” soon to end poppy cultivation. Besides clamping down on drug dealers and illegal plantation and adding more teeth to the proposed drug policy, the state needs to re-examine the implementation of the Horticulture Mission in the state while looking to provide alternative means of livelihood to the impoverished hill people. Yes, we have begun to see some tangible results out of the Horticulture Mission with organic fruit products being exported from the state to other parts of the country.

The need of the hour is for our representatives more particularly those of hill areas to go to the field. Instead of shouting from rooftops and making an appeal from meeting platforms, they need to go to the villages and discuss the problems faced by the hill villagers and try to convince them to shift to sustainable forms of farming. A hands-on approach is necessary now.