The Khelo India Youth Games 2021 will be held in Haryana's Panchkula after the 2021 Tokyo Olympics. 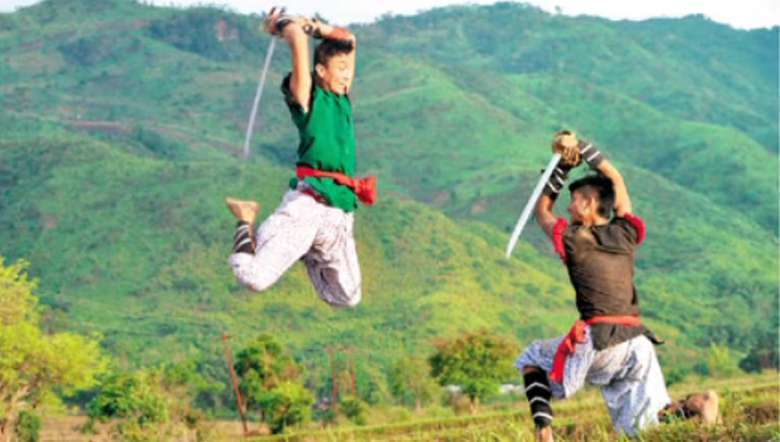 Union Sports Minister Kiren Rijiju on Sunday announced that four indigenous games, along with Yogasana, have been added to Khelo India Youth Games 2021, scheduled to be held in Haryana's Panchkula.

The four indegenous games include Gatka, Kalaripayattu, Thang-Ta and Mallakhamba.

"I'm very happy to announce that 4 Indigenous Games have been added, along with Yogasana, to Khelo India Youth Games 2021, to be held in Panchkula, Haryana. India has a rich culture of indigenous games and it is our endeavour to preserve, promote and popularise these," Rijiju tweeted.

Yogasana was officially recognized as a competitive sport by the Union Youth Affairs and Sports Ministry on December 17, 2020.

Gatka: Originated from Punjab and has been the traditional fighting style of the Nihang Sikh Warriors. It is synonymous with rotating bo staffs, swords, wooden sticks, leather shields and other sharp-edged weapons.

Thang-Ta: Originated from Manipur and the sword fighting form is used both as self-defense as well as a sport.

Mallakhamba: Madhya Pradesh and Maharashtra have been the hotspots of this sport. Besides brute wrestling strength and flexibility, Mallakhamba helps you become more focussed and gives enormous self-control.

Kalaripayattu: Originated from Kerala and has practitioners all over the world.

Rijiju said that he is confident that four indigenous games will get their much deserved attention among sports enthusiasts and youth of the country in the Khelo India Youth Games 2021.

The fourth edition of the Khelo India Youth Game will be held after the 2021 Tokyo Olympics.