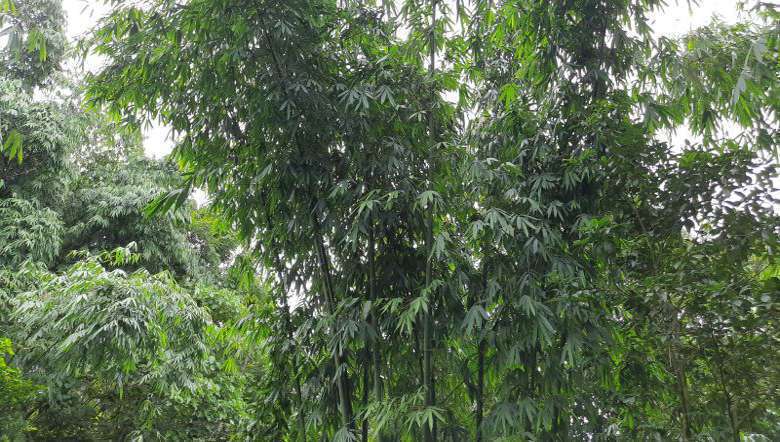 The Central Government is set to tap the vast untapped natural resources in Northeast India to push the region as a "new engine" of growth for the country post-COVID times. The Centre also plans to promote the use of bamboo as a building material in a big way, Union Minister of State (Independent Charge) Development of North Eastern Region (DoNER), MoS PMO, Personnel, Public Grievances, Pensions, Atomic Energy and Space, Dr Jitendra Singh said.

The Union minister, speaking as the chief guest at the eighth edition of North East Festival in Delhi on Saturday virtually, said the Central Government raised the import duty by 25 per cent on raw bamboo items to boost the domestic bamboo industry.

Singh also referred to the amendment in the 100-year-old Indian Forest Act brought about by the Narendra Modi government in 2017, as a result of which, homegrown bamboo has been exempted from it in order to enhance livelihood opportunities through bamboo.

The DoNER MoS also said that the North-Eastern region is poised to emerge as a favourite tourist and trade destination in India in the post-COVID era. NE region will take a lead for India to emerge as an economic power with the support of its vast untapped natural and human skill resources, he said.

Northeast region will stand for "New Engine" of growth for India when the rest of world is looking for economic resurgence through trade in the post-pandemic times, Singh said.

The minister also said that there has been a significant development in terms of Road, Rail and Air connectivity, helping facilitate the movement of goods and persons not only across the region but also across the country. He said that the youth of the region has become more aspirational in recent times and will play an important role to take the region to greater economic heights.

Referring to the Act East policy of the government, Singh said that the North Eastern Region has a special role to play in the promotion of trade and business relations with ASEAN as it is the gateway to the growing economies of South-East Asian Nations.

Bamboo products of Assam have potential to be game-changer in trade and commerce: Experts

Include cane, bamboo in school curriculum as part of vocational education in NEP, 2020’