Nemcha Kipgen said that the fight against the COVID-19 pandemic in the district have been successful due to the help of the local bodies. 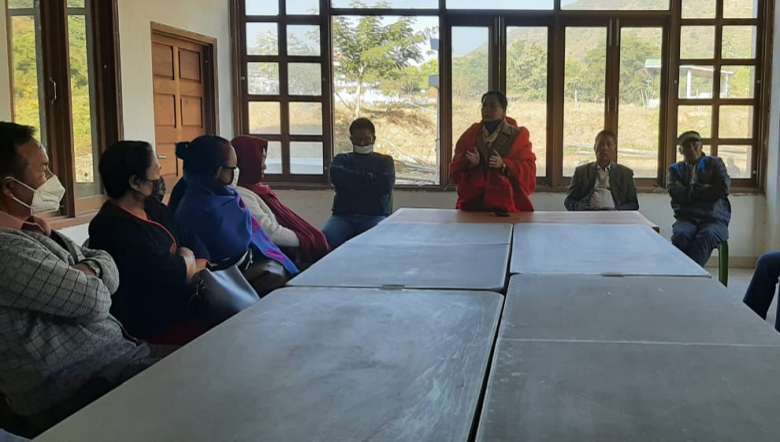 MLA Nemcha Kipgen on Saturday met members of local bodies of Kangpokpi district and said that without their help the fight against Covid-19 would not have been successful.

During the meeting, Nemcha Kipgen said that had not the local bodies of Kangpokpi district headquarters come forward in helping the government and district administration, the fight against the COVID-19 pandemic in the district would not have been successful.

She maintained that regular meetings and discussion on various issues with the local bodies and district bodies can bring better coordination and bridge the gap of misunderstanding among the people. She also said that another joint meeting will be shortly held with district administration, district police and local bodies.

Lunseh Kipgen said that the present local bodies under the aegis of KTC have been committed to the development and upliftment of the town. He also pointed out that apart from various other shortages in the district headquarters, even the deputy commissioner of Kangpokpi is not getting water supply free of cost in the town owing to the absence of proper  water supply in the town. He also conveyed the need to check whether all departments are functioning accordingly and properly from the district headquarters.

Nemcha Kipgen also spoke about various developmental programmes which are in the pipeline and others which have already been achieved in the district. She also presented 450 piece plastic chairs to the local bodies as a Christmas gift.

The meeting culminated with a Christmas feast.