Brinda was awarded the ‘chief minister’s police medal for gallantry’ for seizing huge amounts of drugs under the state government’s ‘war on drugs’. 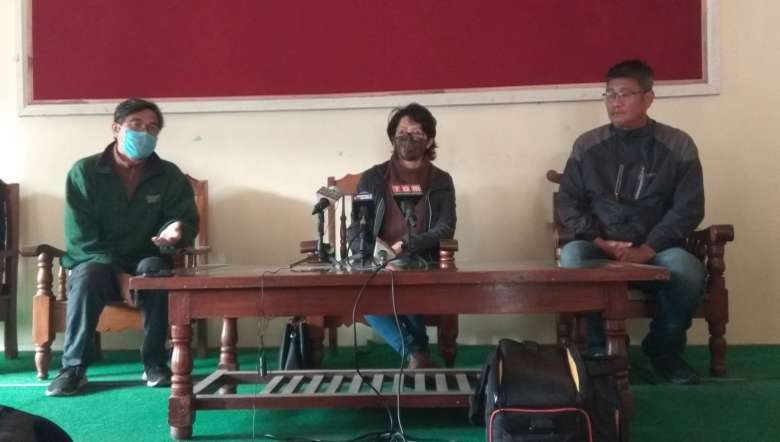 Additional superintendent of police Thounaojam Brinda Friday returned ‘Chief Minister Gallantry Medal’ conferred upon her in connection with the arrest of Lhukhosei Zou and others allegedly with drugs in 2018.

She returned her gallantry medal a day after the special court NDPS acquitted Lhukhosei Zou and six others on Thursday and ordered his immediate release from jail.

In a press conference held at Manipur Press Club, Majorkhul, Imphal, Brinda said that out of the nine people accused in the case, the special court NDPS, Manipur has acquitted Lhukhosei Zou and six others.

She said that she was awarded the ‘chief minister’s police medal for gallantry’ for seizing huge amounts of drugs under the state government’s ‘war on drugs’.  However, the investigation was deemed unsatisfactory by the court as the prosecution could not prove the charges levelled against the six persons along with Lhukhosei Zou, and they were acquitted of all charges, she said.

In a letter addressed to the chief minister, she said, “I feel morally inclined that I have not conducted my duty ‘as per the wishes’ of the criminal justice delivery system of the land. Hence, for the reason cited above, I do not consider myself deserving of the honour bestowed upon me by your good self. I, therefore, return the same to the state Home department so that it may be given to a more deserving and loyal police officer”.

Meanwhile, during the laying of the foundation stone of a water amusement park at Awang Potshangbam Khunou, Imphal East on Friday, chief minister N Biren mentioned that the judiciary has made its judgment on the matter. If any person is unsatisfied with the judgment, then he or she can move to a higher court, he said while adding that the government’s ‘war on drugs’ is progressing.

Lhukhosei Zou and six others were acquitted by the court owing to the failure of prosecution to prove the allegations leveled against the accused. However, two other accused namely Thangminlun Zou and Tung Khan Mung Zou, arrested in the same case were convicted. They were convicted under section 21(c)/22(c)/29 of NDPS Act, 1985. The sentence hearing of Thangminlun and Mung Zou has been fixed on December 21.

Th. Brinda, the then additional SP of NAB, led the operation leading to the arrest of Lhukhosei Zou and others. In the series of operation, the police team seized narcotic drugs estimated to be worth over Rs. 27 crore in the international market.