Rajya Sabha MP Leishemba Sanajaoba said that the BJP has ruled for four years in the state and lots of changes can be seen both in hills and the valley during the short period. 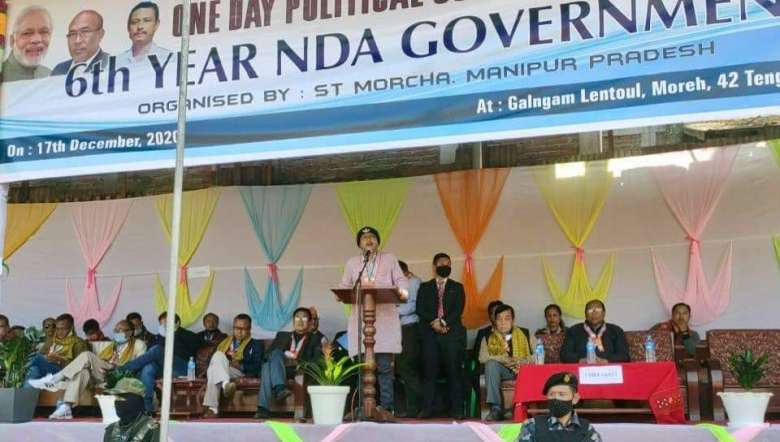 Tikendra said that the world recognises Atal Bihari Vajpayee as the only spiritual politician and true leader. Under the leadership of Narendra Modi and many sacrificing leaders of BJP, India has changed a lot and developed in different fields, he said.

Leishemba Sanajaoba, said that people residing at the hills now like BJP more than those residing in the valley. BJP has ruled for six years in the centre and four years in the state, and during this short period, lots of changes can be seen both in hills and the valley, he said. For this reason, the people in the hills like BJP more.

He continued that both the central and the state BJP government have taken up various schemes for the poor and backwards populace. Different health benefits schemes, widow schemes and education policies were taken up, he mentioned. Also, the BJP government focuses mainly on essential drinking water schemes, road connectivity, and women empowerment schemes, he said. Due to the different welfare schemes taken up by the BJP government, the public keeps its confidence in the present government. Law and order situation in the state has also improved, he said.