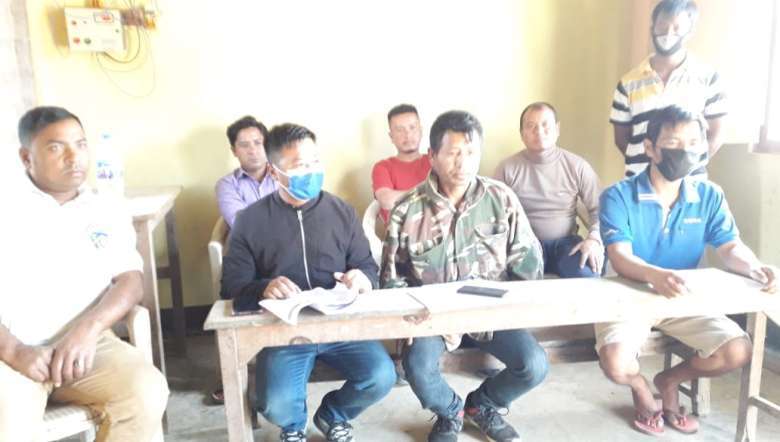 Secretary of YDO Heirok Laishram Kanta told media persons on Thursday that the club won't remain a silent spectator in the matter.

Kanta said that Khundongbam Bimol, son of Kamdar, a resident of Heirok Part-II Ward Number 13 was a genuine PMAY-G beneficiary approved by the Gram Sabha of Heirok Part-II. His priority list serial number was 58 and registration number was MN1004086, he added.

However, when enquired about the first installment, it was learned that the same amount had been allegedly withdrawn by one Khundrakpam Bimol, son of late Ibohal, a resident of Heirok Part-II Debi Mandop, Ward Number 4.

The fake beneficiary was found to be a legal husband of the acting Ward Member of Ward Number 4, Khundrakpam ongbi Paneshwori. Such unscrupulous act cannot be tolerated at any cost and will surely damage the most beneficial scheme of the Prime Minister of India. This is a sign of human rights violation, Kanta said.