The High Court of Manipur has directed the state government to take steps to rectify all defects in the existing bus stands with immediate effect. 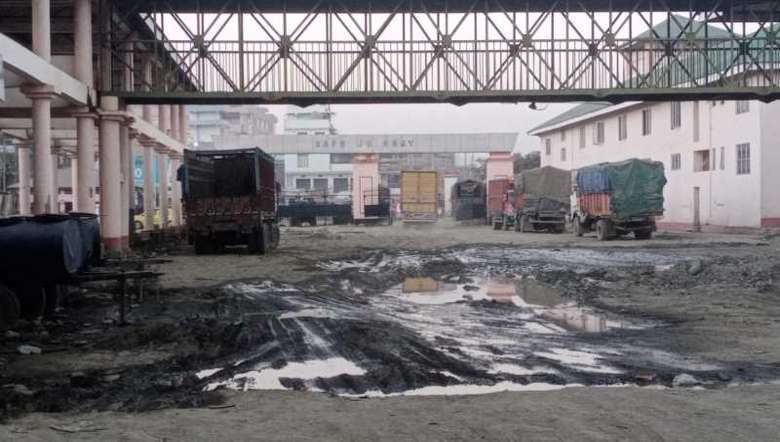 The Manipur Inter-State Bus Terminus (ISBT) at Khuman Lampak in Imphal, which was set up with much hype nine years ago, is in a deplorable condition and has been reduced to a place of open defecation.

The ISBT was inaugurated on December 3, 2011, by former prime minister Manmohan Singh and former UPA chairperson Sonia Gandhi. On November 13, 2016, after five years of its inauguration, former transport minister Kh Ratankumar launched the operation of ISBT with modern infrastructure and buildings.

However, lack of maintenance and poor management of the entire ISBT complex have led to its shocking condition today. 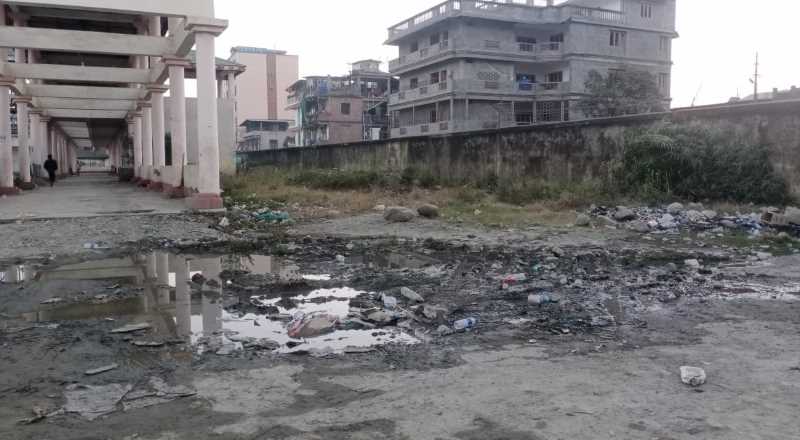 When the terminus was launched, its maintenance and management were outsourced to a private party, Unified Metropolitan Transport Authority (UMTA). The agency was assigned to take care of all forms of management and maintenance.

With a huge complex, the ISBT was expected to reduce traffic congestion of up to about 70-80 per cent in Imphal city as it would accommodate parking of all intra-state and inter-state buses.

However, when this Imphal Free Press reporter visited the ISBT recently, the terminus was found in a deplorable state with no signs of timely repair and renovation of the ground, toilets and other public utilities available there. No tap water is available inside the terminus. Toilets and bathrooms of the ISBT are all out of order and in the most unhygienic condition. 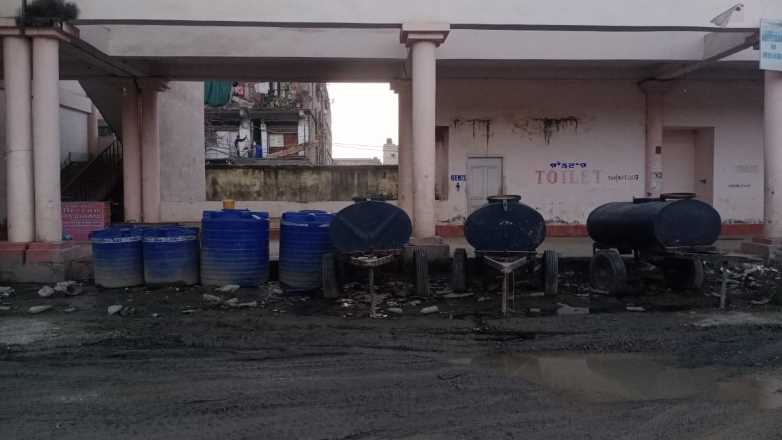 (Photo By B Rakesh Sharma |IFP)

This IFP reporter found some wooden makeshift toilets constructed inside the terminus without a septic tank, which is likely to create another health hazard. Separate toilets for gents and ladies were built, but they were found locked. Instead, some toilets made of GI sheet were set up outside.

Following the COVID-19 pandemic, several truckers started stationing at ISBT for several days as they could not go back to their destination due to the SOPs formulated by the government from time to time. Also, some of the returnees to the state were provided transit accommodation there, who had complained of the unhygienic condition of the place.

Presently, no passenger buses are plying from the ISBT. However, the terminus is fully occupied by heavily loaded trucks coming from outside the state. As there is no proper facility, the drivers and helpers of trucks prepare food in and around the terminus, causing waste pollution and adding to the deplorable state of the complex. 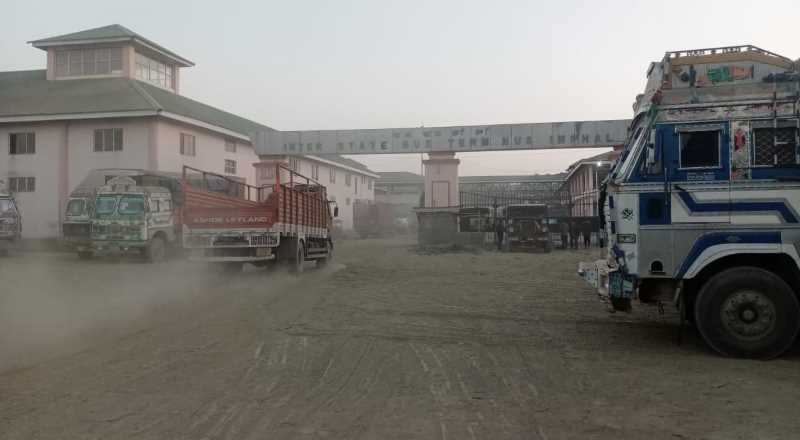 One of the truck drivers named Anawar Rahman from Imphal East said that it is difficult to go back home during this COVID-19 pandemic without getting tested. So, the food has to be cooked at the terminus. As the trucks run along national highways and travel long distances, the utensils and cooking items are being kept in preparation, he added.

During the rainy season, the entire complex of the ISBT is filled with potholes. Presently, in the dry season, people in and around the ISBT are facing serious health issue due to the dust released by the movement of heavy vehicles in the area. As the authority concerned failed to take up necessary measures, the condition of the ISBT has worsened.

The entrance road leading to the ISBT has been repaired recently after a long time, but the reparation work is a temporary fix. Several trucks were seen entering inside the ISBT during the inspection by this IFP reporter but not a single bus was found in the terminus. As the entire complex of the bus terminus is filled with large potholes, some trucks could be seen stuck in the potholes. There were instances in the past where trucks bogged down in the mud during the rainy season were released with the help of excavators.

The two entrances and exit gates of the terminus were also filled with large portholes, water and mud but it was repaired shortly two or three days ago after IFP published video footage of the news. Watch Video.

The adjacent Dingku Road is also being damaged by frequent plying of heavy-duty trucks.

Meanwhile, the High Court of Manipur division bench comprising chief justice Ramalingam Sudhakar and Justice Kh Nobin had directed the state government to take steps to rectify all defects in the existing bus stands with immediate effect so that the bus stand and the access to the bus stand are made congenial for the public in all aspects.

Further, the court had directed to ensure that suitable waiting sheds are made for passengers to sit while waiting for the bus. It stated that authorities should provide adequate facilities in the form of toilets, both for men and women separately. Besides, all the standard requirements of a public bus stand should have complied, the court added.

The court has also given time to file a compliance report based on implementation on January 19, 2021.

The advocate, in her PIL, prayed the court to give directions to the concerned authorities to repair and restore the dilapidated ISBT and road around the entrance gate within a specific period of time.

The advocate also addressed the grievances to the secretary of the transport department with a request to repair the ISBT on October 9, 2020, but no tangible action has so far been taken up.