The KA-JAC demanded the Manipur government to fulfil its four-point demands within December 2020. 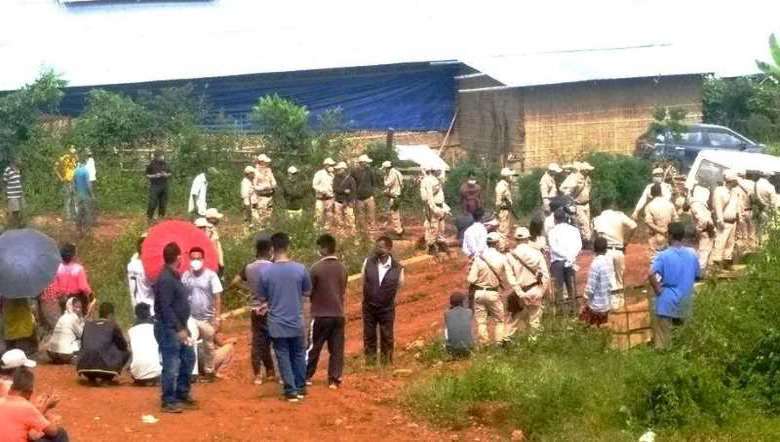 The Konsakhul Area Joint Action Committee (KA-JAC) has served an ultimatum to the State government of Manipur in connection with the National Sports University (NSU) site issue.

The second point of demand is for five per cent employment opportunities to be reserved for land donors (Konsakhul villagers).

The third one is for a “fair compensation” to be given to the land owner as per law of the land.

The fourth one is that Konsakhul village should be recognised as a primary stakeholder and should be made  a signatory in all the important land agreements.

The KA-JAC cautioned that in the event of the failure from the side of the government of Manipur to address the demands within this month, “we will be forced to impose an indefinite total bandh in the state with effect from the middle of January 2021”.

It added, “If any untoward incident happens due to  the total bandh in the state, the government of Manipur will be held responsible for it”.

The KA-JAC then said that it was constrained to issue this ultimatum to the State government of Manipur for the latter’s “indifferent attitude towards the hill people and forceful grabbing of tribal land for building the proposed National Sports University (NSU), Manipur”.