The student unions staged a sit-in protest on Wednesday at the premises of the institute. 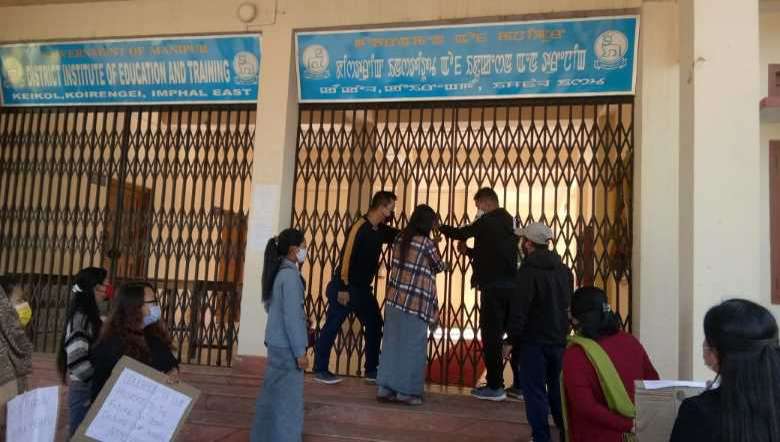 Members of District Institute of Education and Training (DIET), Students’ Union Keikol, Koirengei Imphal on Wednesday shut down the institute indefinitely for allegedly not fulfilling their demand not to replace its principal-in-charge.

Condemning the state government, the student unions staged a sit-in protest on Wednesday at the premises of the institute.

Speaking to the media on the sidelines of the protest, general secretary of the union, Th Rahul Meitei said that they have been raising demands to keep the former principal in-charge of the institute or send a new regular principal. In this regard, the union draws the attention of the chief minister and warns to boycott the institute from December 16 if the state government fails the demand.

He said that instead of considering their demand, the state government had issued an order of appointing a new principal in-charge on Tuesday. Condemning the action of the state government, the protest is being held and the institute is being boycotted as per their warning, he said.

“Sidelining the demands of the union is very unfortunate, and hence the union will continue to shut down the institute indefinitely until the state government listens to their demand,” he said.

The said principal in-charge is dutiful and maintains good relation with students, he further said. Besides, development and changes were brought during his period, he mentioned. As such, the union felt that he deserves to continue his service as principal in-charge, he added.