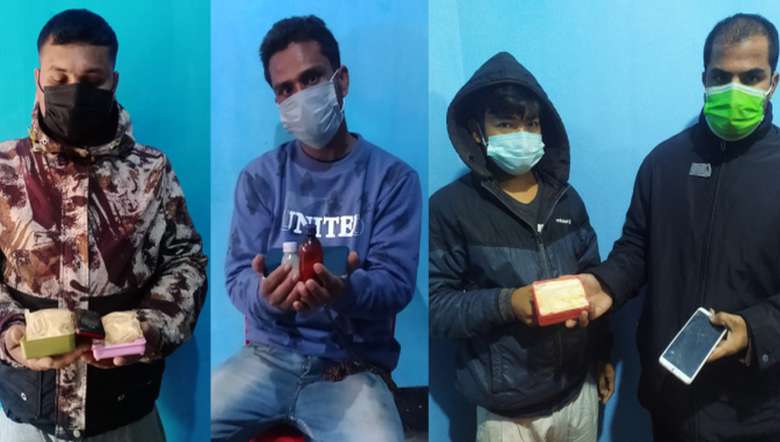 Police reported that Aamir was arrested during frisking and checking by a team of district police Imphal East from Kshetri Awang Leikai, Imphal East at about 11.50 am on Tuesday. He was arrested along with 14 grams of heroin powder.

The same police team in association with Youth Athletic Development Association (YADA) arrested Suraj and Nawaj during another frisking and checking at Top Khongnangkhong, Imphal East at about 1.40 pm of the same day.

During body search, one soap case of heroin powder weighing 15 grams was seized from the possession of Suraj.

At about 4.10 pm, the same police team along with YADA also arrested Salman along with two soap cases of heroin powder weighing 26 grams. He was arrested near Kiyamgei bridge which falls under Irilbung police station .