The students’ union of District Institute of Education and Training (DIET), Koirengei Imphal East has drawn the attention of CM Biren to keep the principal-in-charge or send a regular principal by December 16. 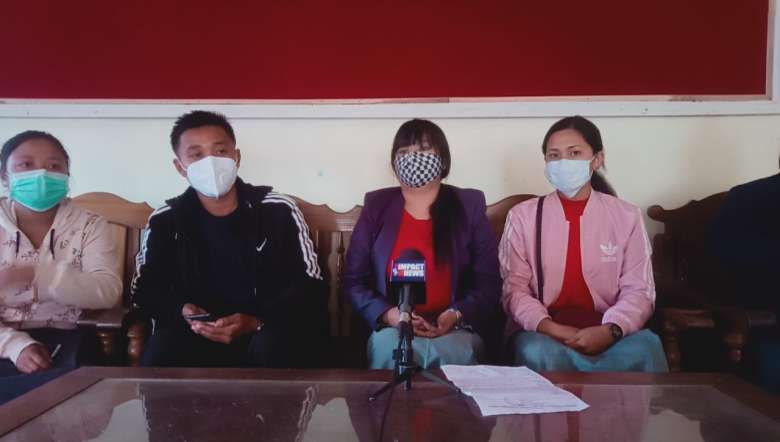 Reiterating its demand to keep the principal-in-charge or send a regular principal of District Institute of Education and Training (DIET), Keikol, Koirengei Imphal East, the students’ union of the institute has drawn the attention of Chief Minister N Biren Singh to fulfil their demand by December 16 otherwise the institute will be boycotted.

Addressing the media in a press conference held at Manipur Press Club on Monday, publicity secretary of the union, RK Ichanthoi Devi stated that they have been demanding the education minister not to replace the present principal-in-charge of the institute. But instead of giving a proper assurance, the authority concerned has intimated of sending a new principal, who has a service period of just six months.

She further said that consistent replacement of principal has disturbed the academic atmosphere of the institute. As such the government should appoint a regular principal or keep the present principal-in-charge, she added.

“Trying to send a new principal amidst the demand by students’ union for not replacing the principal in-charge clearly shows that the concerned minister and officials of SCERT are not heeded with our demand. Therefore we would like to draw the attention of the chief minister and also warn to boycott the institute from December 16 onwards if the demand is not fulfilled,” Ichanthoi said.