What is it about jhum cultivation that it has impacted the tribal Zeliangrong community in India? Mordecai Panmei throws light on the age-old traditional farming method 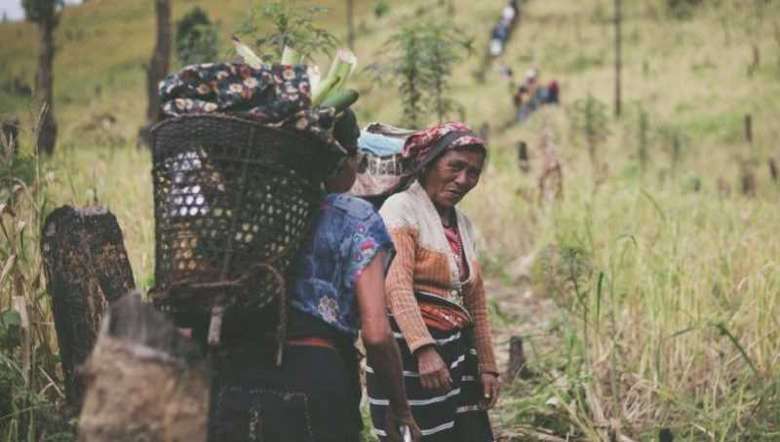 What really is jhum cultivation?

Jhum cultivation, in short, is an agricultural system in which land is cultivated temporarily and then it is abandoned so that it will return to its natural state. In most cases land is cleared by slash and burn method. The period when the land is left fallow, the cultivators shift to another plot and the cycle continues. Such type of farming is practised mostly in hilly regions where there is less space for wet fields.

The land is made richer with jhum cultivation

When land is left fallow, it does not necessarily mean that it is unproductive. In fact, trees are planted for timber for later use, plants that regenerate the loss of nitrogen in the soil are planted. Cultivators grow plants that attract birds which in turn help the growth to expand. Land becomes richer in nutrients, richer are the plants and animal resources.

Why the hue and cry over jhum cultivation?

The protest over jhum cultivation has always come from the section of the population that are no way living near the forest; the ways of a forest dweller is thus viewed as exploitation, rather than creative. To them, it may seem exploitative and even abuse of the land and vegetation.

However, for thousands of years, people residing in the forest, dependent on the forest for their livelihood, have closely and carefully made use of whatever resources were available to them.

After all, they can’t have their resources depleted, now can they?

Some sections of this forest-dwelling communities have been known to shift closer to river banks in search of fertile land enough for permanent cultivation. In the context of Tamenglong region, let’s take the case of Khoupum valley. With vast plain land thus started wet rice cultivation. Although some of the cultivation has shifted from hills to plains, the old tradition of jhum cultivation remained in practice and rightly so.

When we look at the Zeliangrong community, jhum cultivation is a crucial part of its culture. So much so that when the people had no means of maintaining written documentation of births and deaths, the jhum cycle and the seasons were referred to as a marker.

Is eliminating jhum cultivation the key to deforestation?

Amid the hue and cry over land exploitation because of jhum cultivation, let’s have a scenario where the practice of jhum cultivation is completely removed from the community. How would anyone relate to the folklores and songs of their ancestors that revolved around idyllic farm life? That part of the culture will definitely take a step back.

Relooking at a more contemporary scenario, is eliminating jhum cultivation the new and the best answer to the ever-increasing problem of deforestation in the region, let alone worldwide?

We like to talk about the environment and how best we can protect our forest and wildlife, which is all good till we start finding fault with something just because it is convenient. The practise of jhum cultivation is facing that kind of stigma.

Talks of forest conservation must focus on human aspect

Talks of conservation should focus more on the human aspect rather than the natural. It may be a little hard to accept but most of the talks on conservation are done by the section of the community who have very little or no knowledge of the livelihood issues faced by the forest-dwelling communities and those in far-flung villages.

This particular model of farming that is, jhum cultivation, is conveniently deemed unfit and most exploitative. Not only that, there have been speculations that because of the rapid rise in population, more and more verdant lands have been put to use. Having more mouths to feed would also mean the rise in the demand for cultivable land, now is this appropriate when we talk of forest-dwellers and other tribal communities?

It should be interesting to ponder upon the fact that throughout the world, the tribal or the forest community are the least populated people in the globe. There are no data to show that forest dwellers (indigenous people) population is increasing rapidly to put that much pressure on the forest and the resources.

In Tamenglong’s context, more than the aforementioned land abuse and pressure because of jhum cultivation, it’s the illegal timber logging and more recently, the newly constructed roads and railways. Development is most necessary and welcomed but should it come with a heavy price? In the case of Tamenglong, it does.

As an indigenous tribal living in Manipur, we are protected under Article No. 371, clause (C) of the Indian Constitution, Manipur District Council Act, 1971. First of all, there are norms and conditions which are to be considered before taking up any big developmental projects in tribal land.

Free and informed consent of the indigenous people of Tamenglong has not been taken into consideration by the Northern Frontier Railway, Government of India.

The uninformed villager cannot envision the long and large-scale impact of railways construction to their forest, rivers and wild vegetation.

Violations of the Forest Conservation Act, 1980

Under the current railway project, the 111 km railway line—Jiribam-Tupul-Imphal—cuts through some of the best and pristine forests of Tamenglong, in clear violation of the Forest Conservation Act of 1980. The building of the Tamenglong-Kangchup road has removed a large forest area and polluted the rivers.

Development was brought about but at the cost of our most precious natural resources. We must not forget the fact that the Northeast region of India, where we are lucky enough to reside, is a biodiversity hotspot. Tamenglong for instance, can’t afford to lose that status and unfortunately, it will if we are none too careful about the impacts of development in our region.

Development is without a doubt the most important but so is taking care of our nature. It’s worth pondering whether there is any chance of regenerating the forest, flora and fauna which we have lost so far due to roadways and railway construction. Do we have a more productive alternative where there is both good connectivity and even better forest?

The author is CEO/Director, The Rainforest Club Tamenglong Employee of The Corbett Foundation. He can be reached at panmeitt@gmail.com