CM Biren led the gatherings in laying floral tributes to the statue of brave mothers of the state who valiantly fought against the British policies and lost their lives in the agitation. 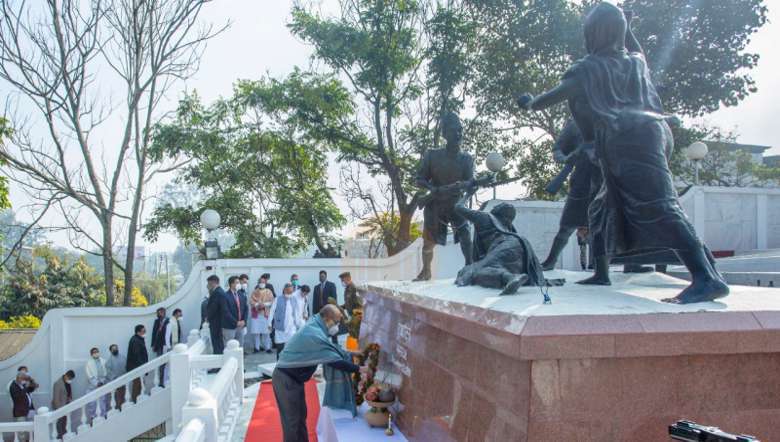 Manipur observed the 81st Nupi Lal Day 2020 at the Nupi Lan Memorial Complex, Imphal in remembrance of the brave women who fought against the mass exploitation and artificial famine triggered by the then mighty British Imperialist.

Biren, along with his ministers, paid floral tributes to the brave mothers of the state who valiantly fought against the British rulers and sacrificed their lives in the agitation.

Addressing the media persons at the observance, Biren said that the state has been observing Nupi Lal Day every year as a remembrance of the courage and spirit shown by the women of the state.

Speaking at the event, secretary of Ningombam Apunba Nupi Lup Irom ongbi Subasini stressed the need to start a third Nupi Lal in view of the rising violence against women.

Principal of Thoubal College O Chaoba said that equivalent of Nupi Lal has not occurred in any part of the world. The present generation must respect the courage of the women fights who fought against the British. A ‘Nupi Lal Ningsing Lamjel’ was also held as part of the commemoration.