The accused identified as one Oinam Nanao Meitei, has been arrested, police said. 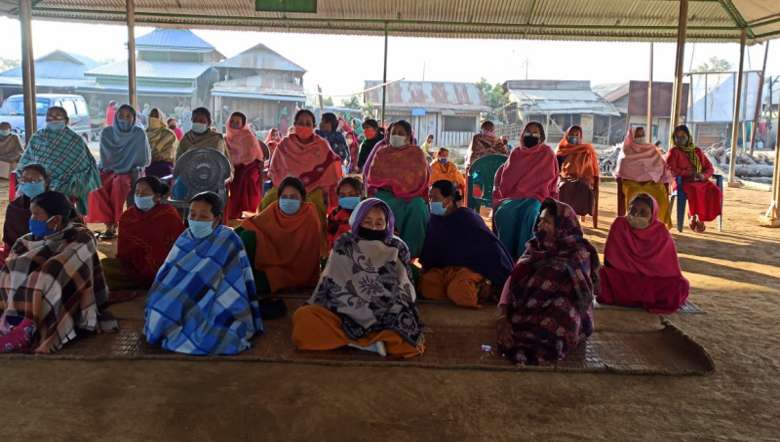 In a shocking incident, a five-year-old girl was allegedly tortured and raped in Kakching district. The accused has been arrested by the police while the victim’s locality organised a public meeting against the incident.

The incident reportedly took place on December 4 at a place under Sugnu Police Station and the accused has been identified as one Oinam Nanao Meitei ,29, son of O Maipak and hailing from Tronglaobi Mamang Leikai in Bishnupur district.

The accused, a truck driver, has a wife and a child. He was arrested on the same day the incident took place and currently in police custody, police said.

As per sources, the accused brought his truck for repair around noontime at the workshop opened by the victim’s father. When the vehicle was being repaired by the victim’s father, he lifted the child and took her to a bushy area and raped her, the sources said. When the locality came to know about his action, he was immediately caught and kept detained until the police arrived.

The locality of the victim organised a public meeting concerning the incident. A Joint Action Committee (JAC) was formed, and several resolutions were raised.

The JAC resolved to demand the state government to give appropriate punishment to the accused person under POCSO Act. It resolved to mount pressure on the authorities until the accused is brought to justice in a speedy manner. The meeting also decided to forward copies of the resolutions to the local MLA and SP of Kakching district.

Laishram Bijya was appointed convenor of the JAC while Abujam Ibeyaima was named as co-convenor. Six members were also appointed.