“Nupi Lan continues to be a motivation for the people of the state and it reminds us that we have the courage and boldness to stand together and fight against evil,” CM Biren said. 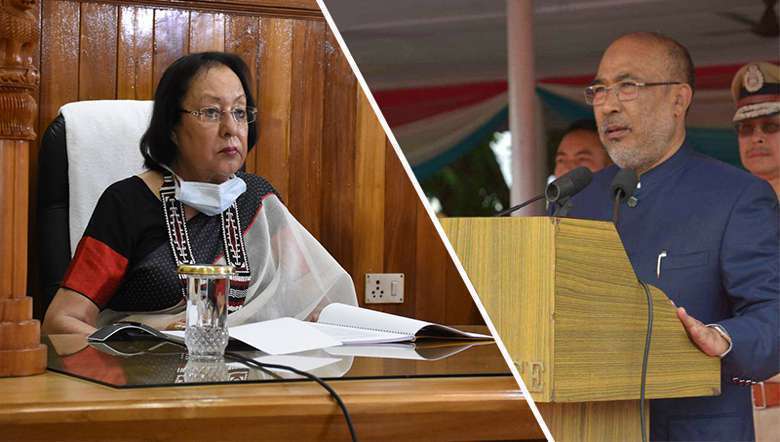 Manipur Governor Najma Heptulla, Chief Minister N Biren Singh and his cabinet ministers have conveyed greetings and best wishes to the people of Manipur on the auspicious occasion of Nupi Lan Numit on December 12.

In her message, the governor stated that the Nupi Lan (Woman's War) which took place in 1939-40 is a landmark event in the history of Manipur. Nupi Lan not only represents one of the popular agitations which fought against an extremely exploitation form of socio-economic and political system executed by the joint feudalistic-colonial rule but also was a movement influenced and to a certain extent supported by the emerging educated elite for political reforms in Manipur, she added.

“I am really proud of Manipuri women as they always played a very important role in Manipuri society at the critical juncture. I am also happy to know that unlike in other contemporary Hindu societies, the Manipuri women held a key position in social and economic activities of the state. Till today, the role played by the Manipuri women is praiseworthy and I am fully confident that the present Manipuri women will also follow the true spirit of the then women in the years to come. I wish the Nupi Lan Day a grand success,” said Heptulla.

CM Biren also extended his greetings on the occasion of Nupi Lan Numit and stated that “I join the people of Manipur in paying tribute to the brave Imas of Manipur, who fought against the exploitative policies of the then colonial rule and came to the forefront for bringing socio-political reforms in the state.”

Biren said that Nupi Lan is one of the important movements of Manipur that occurred in 1904 and 1939 against the mass exploitation and artificial famine triggered by the British imperialist. The courage and spirit of women of Manipur to challenge the then mightiest world power is still remembered by the present generation, he added.

He further said that “Nupi Lan continues to be a motivation for the people of the state and it reminds us that we have the courage and boldness to stand together and fight against evil.”

“Once again, I greet the people of Manipur on the auspicious the occasion of Nupi Lan Numit 2020,” Biren said.

Agriculture minister, Oinam Lukhoi Singh in his greeting the message stated that “I pay my highest respect and tributes to all the Manipuri Emas on the occasion of 81st Nupi Lan Day, 2020 for their extreme sacrifices, indomitable spirits and courage for our better today.”

He said that the 'Historic December 12' marks the day when the women folks in Manipur courageously stood up for the rights of their countrymen and women against the British regime in 1939. Till date, Manipuri women spearhead various issues and have been executing important roles in bringing socio-economic and political reforms in the state, he added.

“On this day, let us all resolve to follow the path of our great Emas in safeguarding our state from any forms of external forces that will disturb the integrity, love and tranquillity of the state. I extend my best wishes and warm regards on the auspicious occasion,” Lukhoi said.

Works Minister Th Biswajit Singh also greeted the people of the state and said that “I join the people in paying rich tributes to the brave ‘Emas’ of Manipur who fought against the exploitative policies of the then colonial rule, on the occasion of Nupi Lan Numit, 2020 which is observed on December 12 every year.

“In December of 1939, our brave Emas revolted against the export of rice which had resulted in an artificial famine in the state. Till today, our Emas continue to inspire us with their courage, sacrifice and patriotism. Our womenfolk have been playing a vital role in shaping the socio-political-economic development of the state,” the minister said.

“On this day, let us pledge to appreciate our girls and encourage them to fulfil their dreams and goals of life. I, once again, greet the people of the state on this auspicious day,” Biswajit added.