The road to Dzuko valley

Given the territorial dispute with neighbouring Nagaland state and constant harassment of Manipur trekkers on Nagaland side, a motorable road to Dzuko has been a demand of Manipur people. 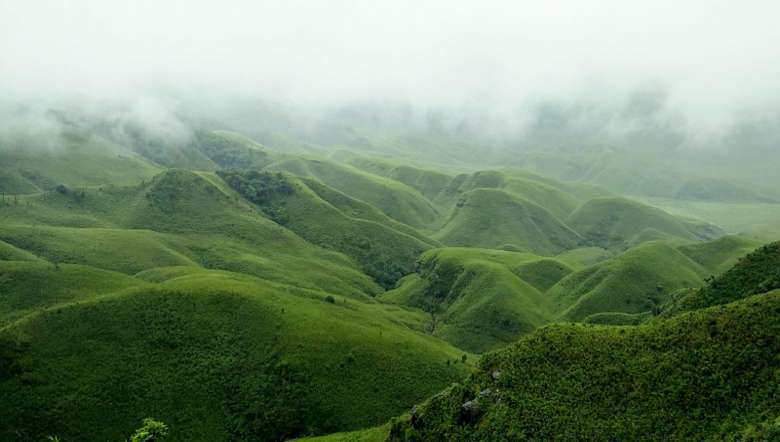 Of all the proposals at the Senapati cabinet meet this Friday, the decision to construct a 15 km long road from Mao to Dzuko valley is the most important. Given the territorial dispute with neighbouring Nagaland state and constant harassment of Manipur trekkers on Nagaland side, a motorable road to Dzuko has been a demand of Manipur people. After the cabinet meeting, Chief Minister N Biren Singh announced that Mao MLA and PHED minister Losi Dikho has been entrusted with the job of directly overseeing the road construction to be completed within the timeframe of three-four months. Manipur and Nagaland state has a long-standing border dispute in three-four places, Dzuko being one. So, the Senapati decision has to be lauded.

Dzuko Valley sits high amongst the clouds at 2,452 meters above sea level, straddling the border with Nagaland state. The trek to Dzuko Valley can begin either at Mao and Mt. Isu in Senapati or Jakhama and Viswema villages in Nagaland. For a leisurely trek to Dzuko valley, one prefers the Nagaland route while for the more adventurous the Manipur route is preferred. Trekkers say, the Manipur route is more scenic. There’s also a much harder route from Willong in Manipur. A state border between Manipur and Nagaland runs through the heart of Dzuko Valley, marked at some points by a narrow stream. Whichever route one chooses to reach the valley, it will first involve a morning steep climb, followed by a gentle descent into the valley, and walking through both states once you’re actually in the valley. The star attraction is the rare pink Dzuko Lily, an endemic variety found only here, and whose inflorescence adds a dash of colour to the otherwise emerald green valley for two months beginning June. Post lily season, Dzuko’s less glamorous flowers begin to bloom, one after the other.

In 2018, a wild-fire wiped out a vast section of the valley. Such fires are not uncommon in the valley.

It happened in 2006, 2009 and 2012 also. In the 2018 incident, 8 trekkers of Manipur Mountaineering and Trekking Association (MMTA) were accosted by Southern Angami Youth Organisation (SAYO) and handed over to Nagaland police laying the entire blame of causing the fire on them. MMTA had organised the trek in connection with Manipur Sangai festival 2018. They were remanded in police custody for two days. On November 23, 15 trekkers of MMTA (11 men and 4 women) left Imphal for Dzuko valley as part of a trip to Dzuko valley. After reaching the valley on November 26, the group was trying to take photographs of the scenery when a wildfire suddenly occurred. After several attempts to put out the wildfire, the trekkers split into two groups and fled for their lives. One group of eight trekkers (6 men and two women) escaped over to Nagaland side where they were accosted by volunteers of SAYO.

SAYO officials laid the entire blame of the fire to the MMTA trekkers who said the fire spread from the campsite when the trekkers left a fire for cooking unattended. While squarely blaming the Manipur trekkers they also said the trekkers entered the valley without valid permits. The state Chief Minister N Biren Singh had to intervene and after parleys at the DGP level between the two states, the eight trekkers were released.