The student body alleged that the interlocutor's employment of the divisive policy upon the Naga people to his best advantage is at the least frustrating. 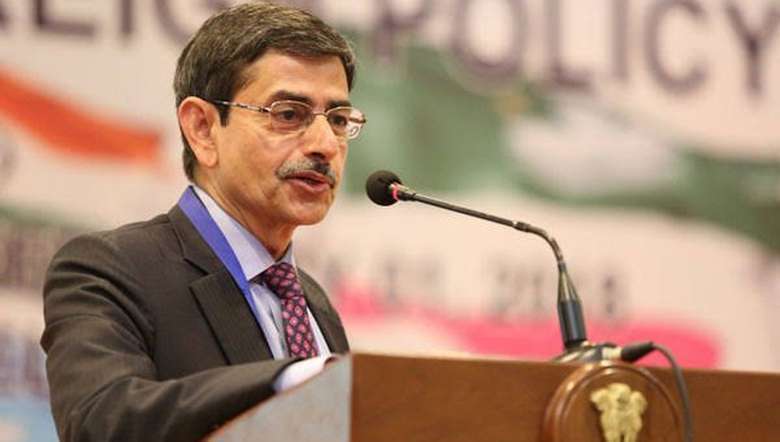 The All Naga Students’ Association, Manipur (ANSAM) said it was shocked and disturbed by the “disgraceful and self contradicting” speech of RN Ravi, the Interlocutor of the Indo-Naga peace talks on the eve of the 58th Nagaland Statehood Day towards the Naga people. “We condemn such a cheap and myopic stage managed address to please his master and confuse the Naga people therein create chaos amongst the Nagas,” said the ANSAM in a press release on Thursday.

According to the Naga student body, glorifying the "16-point charter of demands and candidly asserting that ‘the formation of Nagaland state is the best thing to happen to the Nagas’ by the Interlocutor himself is utter disrespect to the Naga history and an absolute disregard to the Indo-Naga peace talks that he has been engaging as the official representative of the prime minister of the Government of India".

The ANSAM then said, "Indeed, the interlocutor had the best opportunity of winning the hearts and minds of the Naga people and enjoyed the highest respect and appreciation from them". After the signing of the "historic" Framework Agreement, Nagas believed him and appreciated his accessibility and pragmatic approach, said the Naga student body. However, the present trend of talk and his approach to the Indo-Naga issue seems to be going out of track and "we are dismayed to see his consistent assertion of his alter-ego in dealing with one of the longest political issues in South East Asia," said the ANSAM press note. The student body then alleged that the interlocutor's employment of the divisive policy upon the Naga people to his best advantage is at the least frustrating. "Such furtherance of ‘carrot and stick policy’ and assertion of muscle power upon the Naga people by the Government of India’s representative should be stopped once and for all," the ANSAM asserted, adding, "Rather he should focus on enduring peace for both the entities. It may be reminded that India was once the victim of such an ugly policy under the British regime".

In all fairness, the ANSAM said that the Naga people deserve a better political treatment as one of the high contracting parties to the Paris Agreement of June 12,  1995 "wherein it has been bilaterally agreed upon that the proposed Indo-Naga peace dialogue was to take place as 'two entities' at the highest “Prime Minister level". "And more so, in the given historical position that Nagas have never signed any document of accession/Merger agreement with the union of India, it should be noted that the Naga issue is not another case of secessionist insurgency," said the ANSAM press release. Further, with the Government of India herself having already made due political recognition of the “Unique History and situation” of the “Naga People” through the Amsterdam Declaration (Joint Communiqué) dated 11.07.2002, it is thoroughly undesirable of the Interlocutor to indulge in his nefarious junket, it added.

"It may be reminded that the Congress government led by the then Prime Minister, Dr Manmahon Singh last tabled a non-paper proposing the agreed concept of 'shared sovereignty' in the year 2014, thereby culminating in the most celebrated and historic Indo-Naga peace Framework Agreement on August 3, 2015 under the leadership of Prime Minister Narendra Modi by further agreeing upon the principle of “co-existence of two entities”, stated the Naga student body.

"As for the collective conscience of the Nagas, it is still a matter of fresh political memory that the Hon’ble Prime Minister of India has personally made a promise to resolve the Indo-Naga political issue within 18 months to 'mark not merely the end of a problem, but the beginning of the future", said the ANSAM. "However, the dialogue has hit a serious roadblock on the question of separate 'flag and constitution' and the impression of political insincerity portrayed by RN. Ravi rather than a 'neutral mediator' to set the negotiating table in order", the Naga student body also said.

According to the ANSAM, there has been increasing perception amongst the Nagas that RN. Ravi has been using the ceasefire as a weapon of strategic deception rather than for a genuine political solution. "On several such occasions, the Naga national movement in recent times has been recklessly compared to as 'armed gang/groups' and the same being perceived as an insensible attempt to reduce the Indo-Naga international armed conflict into a mere municipalized issue of 'law and order'”, stated the Naga student body then alleged that the conventional sanctity of the office of the Interlocutor has further been put to a serious question with his conflict of role/interest as also the Governor of Nagaland.

"We would also like to tell the interlocutor that the kind of embracing a section of Naga people as primary stakeholders by way of systematic and manipulative insinuation is nothing but a dangerous game that would have far-reaching consequences," the ANSAM said, adding, "The ANSAM also wanted to put squarely that the entire Naga people are eagerly longing for an inclusive, honorable, and acceptable solution at the earliest possible but not any package as a solution handed over to them like the impugned 16-point agreement or any sugar-coated piecemeal solution".

The student body then said that it is high time on the part of the Government of India to put back its appointed interlocutor on the right track. It added that to culminate an enduring peaceful solution between the two entities, the Government of India should be represented by a political person who can understand and respect the factual underlying history of India and Nagas. The ANSAM then "strongly" emphasized that it was the realization on the part of India that the Naga issue is political that paved the way to negotiation and 23 years of political talk demands a logical conclusion with due recognition of 'Naga flag, constitution, and integration as the inalienable rights of the people. It also said that any agreement without ensuring these will be unacceptable to the Nagas.

The ANSAM then appealed to all the Naga people to stand unitedly against any divisive forces within and without until "we achieve our rightful place". It added, "We should not be obtused at this crucial and defining juncture, rather let us also be watchful of the diabolical design of our adversaries and their policy to divide us or further repress and suppress our freedom".