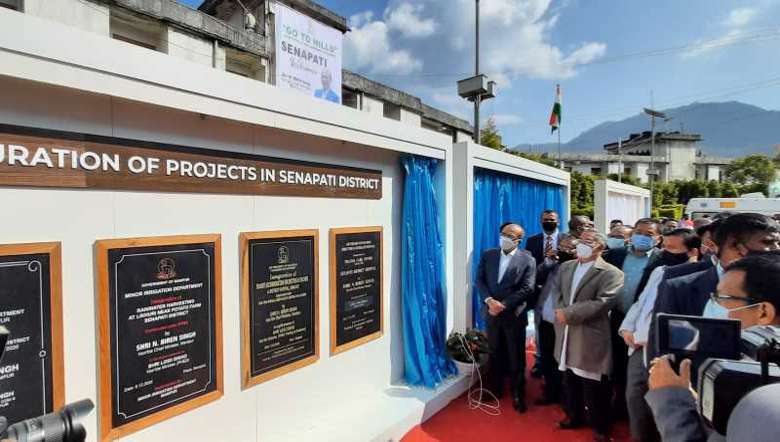 The second cabinet meeting held at the Senapati Mini secretariat resolved that the 15 kms Mao-Dzuko road would be constructed within three to four months.

Briefing the media after the cabinet meeting, Biren informed that the cabinet resolved to set up a higher secondary school in the district and minister in charge of the district Lossi Dikho has been entrusted to construct the 15 kms Mao-Dzuko road.

Besides, former Indian women team football Captain Oinam Bembem Devi and lone women footballer of the country to play in international club Ngangom Bala Devi will be promoted to the post of inspector, he said.

Speaking during the inaugural function, the chief minister said that the cabinet meeting reviewed the steps taken by the state government in Senapati district. He said that 80 percent of works for a water supply scheme worth Rs 40 Crores under construction at the district has been completed and sought cooperation and support of civil voluntary organisations for successful completion of the project.

He maintained that originality of Megalith at Willong Khullen, Senapati will be preserved to attract foreign tourists.
The cabinet meeting also resolved to complete Karong Sports Complex before the next assembly election, Biren said adding that Barak festival will also be organised to attract tourists from next year.

The chief minister also laid the foundation for new projects namely Power Sub Station at Liyai Khunou and Oinam, construction of road from L022-Lakhamei to Thiwa Constructed under Pradhan Mantri Gram Sadak Yojana (PMGSY), Group Workshed of Handloom and Handicrafts under Remote Village Development Programme of Department of Textiles, Commerce and Industry and development works of the protected historical site at Makhel, Senapati for Women,Development of Protected Historical Site at Makhel, Senapati district.