MU Row - the tragedy of being headless

The issue of the Manipur University throws up worrying food for thought! 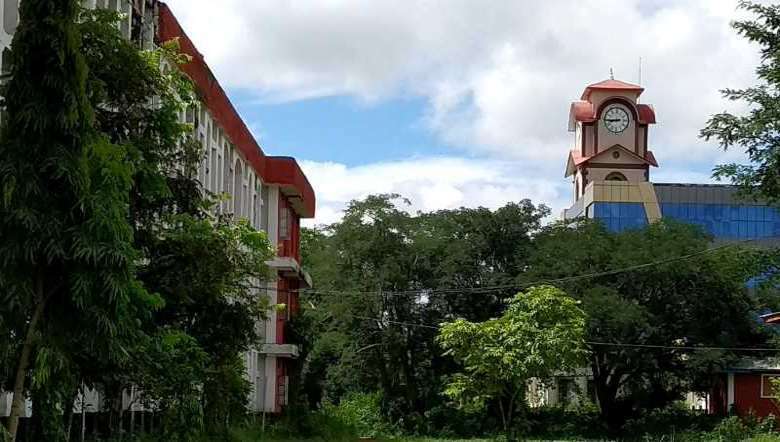 After nearly two years, Manipur University is in the news again but for the wrong reason. It is extremely sad that the varsity is mired in controversy at a critical time. The imbroglio may impact the rank of the university.

When the Manipur High Court appointed an administrator after a long imbroglio and the subsequent termination of Prof Pandey as the VC, it was expected that normalcy will return to MU and it will move ahead with progress. In fact, in the last two years, the improvement in the administration was visible and the major contribution of the Administrator was to ensure that the profligacy in spending was reined in. In fact, the steps taken to recover unadjusted advances drawn had invited ire from various section of the MU community but ultimately it was made to understand that rules have to be abided. The steps that are taken to ensure that MU no longer continue to be a den of sharks to earn easy money without doing anything by even demanding the return of funds drawn surreptitiously by political leaders and the huge amount spent by the former VC for the renovation of a State Government quarter was applauded by many in the university circle, though there are a few who was uncomfortable with the measures. An individual will have his pros and cons and this is not about the Administrator per se but much more could have been achieved but for the pandemic.

Many in the MU community who had felt that as the Administrator was known to them while he was in the state government and as he does not have experience in university administration, he will rely on them was belied. He has served in the PMO working with four  PMs, was Secretary to the Union Government and Chief Secretary of Manipur and hence he has more than the requisite experience and capability to administer the university without relying on anybody and he has proved as such.

When Prof Pandey filed a writ before the Delhi High Court challenging his termination, many in Manipur felt that it will not succeed. However, later on, it came to be realised that his case has merit as there have been certain lacunae in the process and on the technical ground his termination may perhaps be quashed. It may be recalled that MU is not a party to the writ and it was directed against the Union of India, especially the erstwhile Ministry of Human Resources. With such rumblings and with his wife suffering from a serious illness and her stay in Delhi essential for her treatment and with the pandemic short stay in Manipur with travel now and then ruled out and with no one to look after her there, the Administrator had taken the step to file a petition before the High Court of Manipur to relieve him from the assignment in MU which the Court had granted and he left the University. He had taken the right step and he cannot be faulted on this count.

The outgoing Administrator who was provided with all the powers of the VC has not nominated anyone to look after the duties of the VC after his departure and therefore as there is no Pro-VC, the senior-most Professor should be looking after the duties of the VC. The conflict arises as to whether without any order of the competent authority the senior-most Professor can on his own unilaterally assume the office. The stand of the Ministry of Education is very clear and had asked for the university to wait for the formal communication to be issued with the approval of the competent authority for which the process has been initiated. It has been learnt also that the file had gone to the Visitor, the competent authority, but as the discussion was desired by the Visitor on the matter, there has been some delay. The stand of the MoE is justified and un-reproachable.

On the other hand, the senior-most Professor at present in Manipur University claimed that he has assumed the charge of the Vice-Chancellor in terms of the provisions of the Act and Statutes though, despite queries from the university, there seems there is no joining report in black and white as yet. That is most surprising as anyone who assumes charge of any office have to do so in black and white and on the orders of the competent authority. Why the hurry as he is legally bound to be the Acting VC? Or is there a worry that a professor who is senior to him but on deputation may return and nominated as the Acting VC? The most surprising element is that the said professor had gone to Delhi reportedly on being asked by the office of the Union Minister of Education to meet the latter while it has reliably been learnt that there were no such instructions but rather through the good office of a senior leader of the ruling party from Manipur an appointment was sought. Before leaving Manipur, it was learnt that he had issued an instruction as Acting VC that during his absence Prof Sanatombi Devi to look after the affairs of the University as the next senior-most Professor. The only thing is that there is no Professor Sanatombi Devi in Manipur University though there is Prof S. Sanatombi Singha of Manipuri Department, whose area of specialisation is folklore and Manipuri Literature, and next in the seniority among the professors!

On the other hand, MUSU and the other student bodies have been demanding the appointment of a regular VC and while this is pending, to appoint an in-charge VC which is the correct demand. Even dharna was taken recourse to by the students. Are the students more aware than the teachers in the administrative procedures? A worrying food for thought!

As Prof Pandey’s term should be over on 26 October next year, while his case is pending it is just not possible to appoint a new regular VC till the expiry of this date. If things go as it is, even the panel prepared by the duly constituted Selection Committee will outlive its purpose and a fresh panel need to be drawn up by the Selection Committee; as the life of a panel is valid for only one year. So perhaps a fresh start! While on Prof Pandey, his entry in Wikipedia accessed on December 8 mentions “He is having Manipur State Minister cadre” whatever that means! So funny and it is such people who are nominated to head a Central University. Our higher education will go to dogs with such teachers as head of varsities.

It is hoped and expected that Union MoE will take urgent measures to nominate an Acting VC till a regular VC is appointed or else the university will be headless and made dysfunctional. Even the certificates of students who had passed out cannot be issued without his signature and many routine matters will also linger. Delay will further complicate the matter. The problem is all universities in Manipur be it Manipur University of Culture, DM University and MU has its share of controversies. A tragedy!