Divisional forest officer of Noney Napolean Rongmei pointed out the possibility of turning the area into a tourism hub and planting of medicinal plants in the park. 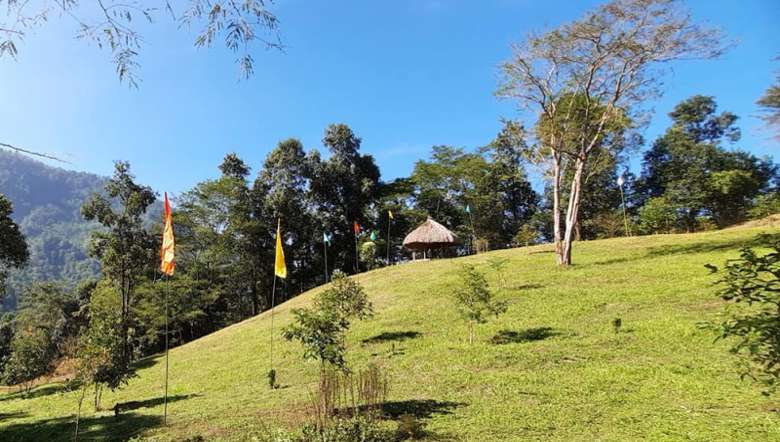 Longkhuibut Eco-Park under Noney district was inaugurated on Tuesday and the inaugural programme was organised by Longmai Nature Club in collaboration with Noney Forest Division by maintaining strict SOPs of COVID-19.

Stressing on the importance of developing the kind of park in the district, Napolean Rongmei pointed out the possibility of turning the area into a tourism hub and planting of medicinal plants in the park.

Kasaigai Gangmei said that the eco-park is one of the big assets and pride of Longmai (Noney) district. On behalf of Longmai people, he appreciated the owner of the park and Longmai Nature Club for building up the eco-park. He urged the locals to extend maximum cooperation to develop the park into a good recreation centre.

Owner of the park, Akhao also expressed that he had a dream to build the park for many years and also gave his best efforts and investments. However, without the cooperation of the people and proper help from someone, the dream project would have not been successful, he added.

He continued that the park has been made in collaboration with Longmai Nature Club and with the help of DFO of Noney, MD of KMC and Longmai village leaders along with the public.

Many dignitaries including several clubs’ members, village and church leaders were also present at the event.

It may be mentioned that the Longkhui Eco-Park is the only eco-friendly park in Longmai district. It is owned by D Akhao, son of D Namgaklung and managed by Longmai Nature Club in collaboration with Noney Forest Division. The park is located at Longmai-2, which is 2 km away from the main market.