At least three vehicles which were parked at the courtyard were damage during the incident. 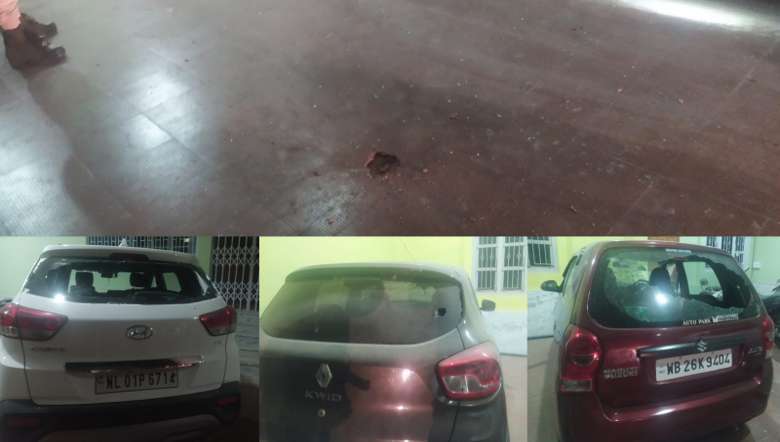 The suspected grenade exploded at the courtyard of one Wangkheilakpam Ongbi Sunitibala, 45, wife of late W Lenin of Nongmeibung Wangkheilakpam Leikai, Imphal opposite to Kusum oil pump which falls under the jurisdiction of Porompat police station, Imphal East, at about 7.15 pm.

However, no causality was reported.

A team of Imphal East commando and police team rushed to the spot. Police reported that the bomb was suspected to be hurled by some unknown persons suspected to be valley based unlawful organisation. The miscreants might have hurled, the bomb with an intension to kill the life of the family or occupants, police said.

At least three vehicles which were parked at the courtyard were damage during the incident.

No individuals or group made the claim in connection with the incident.

It is reported that Sunitibala is a tenant.

In connection with the incident a suo-motto case under FIR number 218(12)2020 PRT.Ps u/s 307/427 IPC, 3 Expl. Substance Act and 20 UAP Act has been registered at Porompat police station for further investigation.

In order to control unlawful activities, district police has been taking out various search operation in different parts of the district.