Premchand, the then officer-in-charge of Nambol Police Station, had sustained serious head injury on September 30, 2014, in mob violence at Nambol Chingmang. 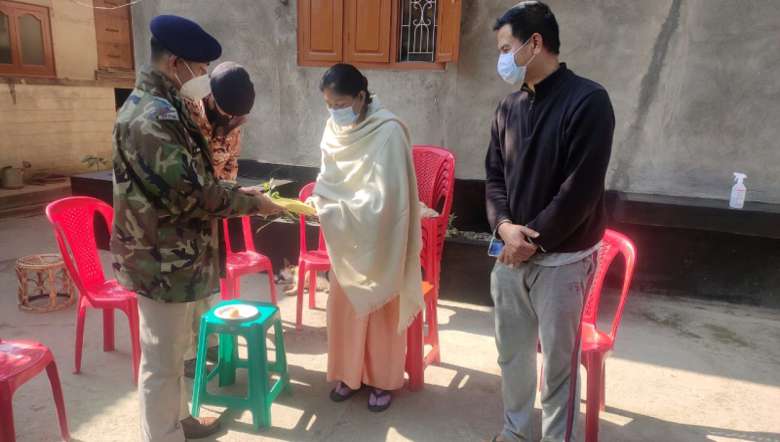 Thoubal District Police represented by its SP, S Ibomcha and additional SP (Ops), Sachidanada Soibam, on Tuesday, handed over a total cash amount of Rs 1,10,000 to the wife of the deceased inspector Lisam Premchand from Patsoi.

Premchand, the then officer-in-charge of Nambol Police Station, had sustained serious head injury on September 30, 2014, in mob violence at Nambol Chingmang.

He was undergoing medical treatment for about seven years after the incident that took place when the OC and his police team were trying to raid a house in the locality after getting information that a large quantity of contraband ganja was stored at the house. The mob had also set ablaze the vehicle (Maruti Gypsy) of Nambol Police Station.

The police officer passed away on November 29 at Raj Medicity.