When 'cinemas are the mirror of a society', what are Manipuri cinemas feeding us? Are we regressing back in time, asks Girija Khumukcham as she slices through the normative institutionalization of misogyny and the patrilineality of 'Epuroibagi Khongyagi Uful'. 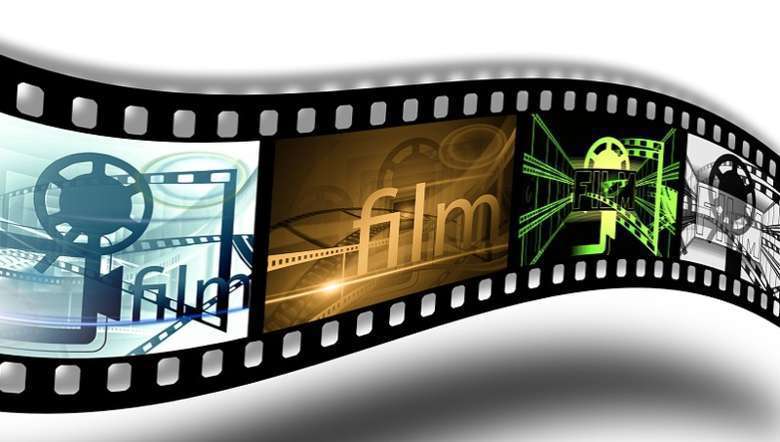 Maniwood. What strikes you first when you hear this term? Apart from the obviously (and badly) copied name, the first few things that come to mind, for me, would be the poorly written plot and the inherent patriarchy so deeply rooted in this industry. More often than not, we hear "Cinemas are the mirror of a society". Now, what are Manipuri cinemas feeding us? While I've clearly not seen that many a film to pass a thorough opinion, the few I've seen proved to be quite a disappointment, misleading even. The industry as a whole needs some serious change but I would like to focus more on its patriarchal, misogynistic contents.

While the rest of the world is taking giant leaps towards gender equality and more progressive society, we as a society seem more than happy to be regressing back in time. And the film industry is playing its part in cementing the society's vicious attacks on its women. We see in these films, our women presented as docile and meek creatures who cannot have their own mind. Its idealistic as long as you remain wrapped in the bubble of patriarchy and any woman breaking away from this norm is presented as wild, a disgrace and a failure. We see in many films the symbolic burning of Western clothes.

In the film Delhi Melei, when a girl was molested, she was mocked at and further abused by her own people (Students Union there, ironically, people who had been failing their semester exams for years which in itself is quite a misrepresentation of the student society in Delhi) for wearing shorts and she was made to 'realise' and come to an 'understanding' that she was at wrong for wearing shorts. Later, the girl, having been 'enlightened', burned her western clothes to adorn herself in phanek. Surely, you can't expect people to wear phanek every day in 46°C Delhi. The correct message would have been to point out that women shouldn't be molested for merely existing but the industry, however, had the entire scene just to play the age-old blame game against women.

In the film 'Imphal Ningol', Maya's character, a celebrated and accomplished actress at the peak of her career was applauded and glorified for leaving behind her glorious career to become a wife and a daughter-in-law. While this may seem harmless, what it really implies is that you just cannot be a good woman if you were to have a thriving career of your own. You're not an ideal figure unless you are someone's docile wife living in their shadow. In the same movie, Sonia's character was physically assaulted and brutally raped by a bunch of men in front of her boyfriend. What satisfying justice she got for that, you ask? She was made to marry her rapist and got her happy ending when the right thing would have been to put him in jail for his crimes.

Now, who doesn't remember MCS Mangal...Ah! the perfect, heartbroken protagonist getting his smooth revenge by becoming a celebrated officer. While many may retreat to becoming a Devdas in a heartbreak, many times, our glorious heroes find motivation in their heartbreak to find success for themselves (Sadananda in Engel gi Atiya, Kaiku in Mikithi, Pizza, etc) which is a good thing.

My point, however, is that while these men find success for themselves, the only revenge a female protagonist gets for herself is to find a more accomplished, more successful husband. In the film "Wakchinggi Len’ Bala's character after being dumped, married her ex-boyfriend's boss. Smooth. A woman just isn't allowed to be her own person. In every single one of these movies, the purpose of girls and young women seem to be looking pretty and doing household work. Even the common phrase, “Ebungo emase thabak twbada ware, emou pushllk o” Evidently, wives are unpaid maids.

In Mikithi, actor Kaiku's character, someone who just couldn't take a 'No' for an answer, repeatedly stalking and disturbing his love interest was highly romanticised while the woman refusing an approach was vilified simply for saying 'No'. The same goes for 'Luhongba gi Ahing' but it was extreme toxicity that Mikithi pales in comparison. In the film, actor Gokul’s character….the finest example of everything toxic is portrayed as the perfect man, worthy of our sympathy and love. He who uses threats like, “Nungsinabadi ngga nungsinajou, loubadi eina louni”, “nupinina leiminaraga nungsirkkani khalluba”, someone who kidnaps a girl forcing her to marry him, is for some reason, a victim of the woman’s cruelty in the movie. Ironically, the bachelor who threatened strangers and girls and imposed his desire and toxic masculinity on people somehow changed to an ideal man capable of respecting his wife’s space and boundary, almost overnight and he is somehow seen as a well behaved and well-mannered person in the whole locality which is extremely ridiculous. Also, it might be noted that this person, who kidnapped a girl to marry her, is extremely protective of his sister beating everybody who even breathes near her. Hypocritical much? The worst people in the film, for me, would be the girl’s parents. The mother who threatened her daughter of suicide unless she marries her captor just because ‘What will the society say? Besides, they’re super-rich.” Anyways, as we all know…the film ended on a happy note with the female protagonist finally realizing how wrong she was for pushing her husband away and they lived happily ever after, in love. They call it love, I call it Stockholm Syndrome.

What are these films telling us, honestly? That it's okay to rape a girl? That you should marry your rapist? That toxic masculinity is romantic?

These are only a few of the many such incidents where women are subjugated and suppressed in Manipuri films. While one could argue that these films are actually showing us what’s prevailing in the society, they hold in them the power to show these practices in a good or bad light, something that needs to be changed or something that needs further glorification. The problem is that Manipuri films choose to glorify these practices and relentlessly continue to stomp their feet on a progression towards gender equality and a more decent society. While it’s true that Cinemas are the mirror of society, we shouldn’t forget that it’s also a world where we are allowed to dream the impossible. And since it is the mirror of the society, the younger generation who will grow up watching these films will be fed with this internalized misogyny and inherent patriarchy leaving no space for growth and progress.

But the big question we have in mind is, why are these beautiful, smart and accomplished actors and actresses who claim to be feminists online, happily taking on such roles without as much of a complaint? Are they that insignificant in the industry that they cannot raise a voice against these degrading and extremely old fashioned scripts given to them? Or have they found solace in the phrase "Ignorance is bliss"?

“Epuroibagi khongyagi Uful” is pretty a phrase but it will be wise to remember that Khongyagi uful are dirt and like any other dirt, it is unhealthy for you.