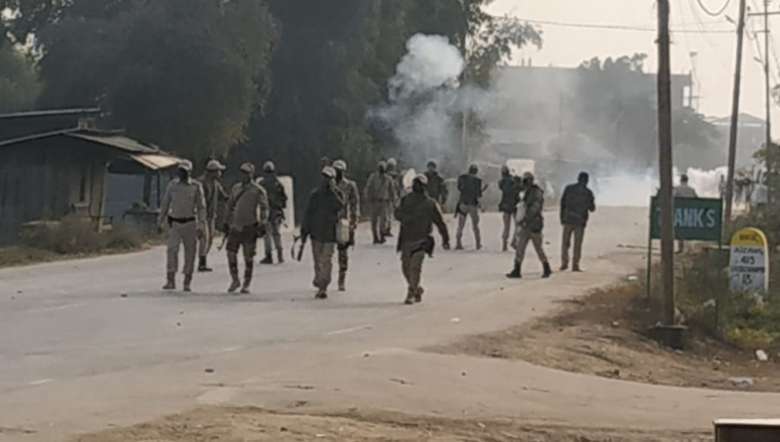 The 48 hours total shutdown called by All Kwakta Coordinating Committee (AKCC) that started from 5 am of Monday has affected normal life in the areas along Tiddim road and three police personnel and seven protesters, including one woman sustained injuries during the protest.

The committee called the total shutdown on the issue of drinking water facilities in Kwakta. Though the state government had introduced water supply schemes for the area in order to provide drinking water, the facilities are defunct in the area since long.

Bandh supporters blocked National Highway-105 (Tiddim road) since early morning by burning tyres and putting wood logs and others. When the police tried to disperse the protestors, a confrontation took place. To control the situation, police fired several rounds of tear gas shells and the protestors retaliated by pelting stones and firing catapults.

The protesters continued the total shutdown along Tiddim road.

The committee had earlier raised the issue of non-functioning of drinking water facilities. However, no necessary steps have been taken by the government to solve the issue.