Manipur today has only 694 doctors against the requirement of 1,385 doctors for both hill and valley. 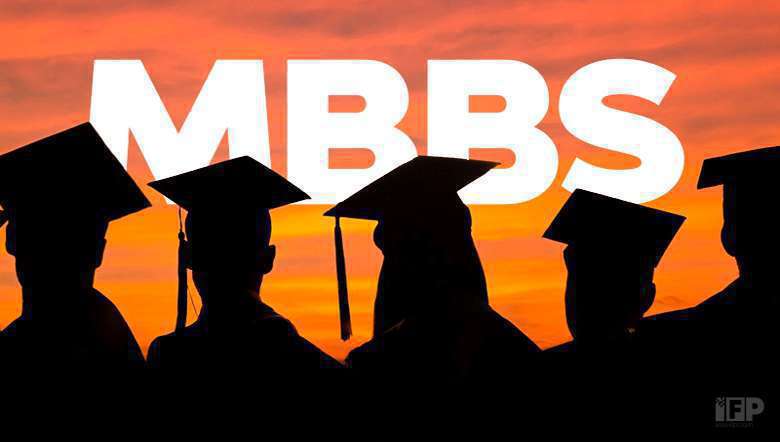 The COVID-19 pandemic in Manipur has exposed the lacunae in the state’s health sector and the shortage of medical professionals in government hospitals and all health centres. Manipur today has only 694 doctors against the requirement of 1,385 doctors for both hill and valley, according to the health directorate report (2019). It also states that there are only 220 medical officers (doctors) undergoing further studies in diverse fields, The prevailing situation points to the urgent need for more doctors and other health professionals in the state. However, the government is yet to take concrete steps towards addressing the issue, while successful aspiring students continue to wait to get admission to MBBS course in JNIMS.

On June 25, the director of Jawaharlal Nehru Institute of Medical Sciences (JNIMS) issued a circular on the proposal to increase the student intake for MBBS course in JNIMS in Imphal to 150 seats and expand the infrastructure as per the medical council of India (NMC) norms. It also stated that all heads of department concerned must submit the required infrastructure for expansion with adequate dimension as per the Medical Council of India guidelines. It further asked to submit the duly filled in forms on or before July 25, 2020.

However, so far, there is no sign of any positive action taken by the state government for increasing the number of seats for MBBS course in JNIMS even after the NEET results were declared.

For Manipur, the number of seats to be increased is 50 seats with the approved cost.

However, speaking exclusively to the Imphal Free Press, JNIMS official stated that the process of increasing the number of seats for the session 2021-22 has completed, therefore, the seats will be increased only in 2021 admission.

Most of the state medical colleges in India, as well as private institutions, have increased the seats for MBBS courses. Manipur, however, is yet to increase the number of seats for MBBS course though the Centre has released the necessary funds of Rs 2.37 crore since 2017, said one social activist Leiphrakpam Manihar Singh.

As several aspiring medical candidates wait to get admission to MBBS course in JNIMS, Manihar filed public interest litigation (PIL) petition in the Manipur High Court on November 25. He stated in his petition that he filed the PIL in the interest of the general public as many medical candidates are waiting to get admission. Following it, the double bench of the Manipur High Court comprising Chief Justice Ramalingam Sudhakar and Justice MV Muralidaran took up the matter on December 3 and the court listed the matter on December 17.

The demand for increasing seats in JNIMS, as well as other institutes of the state, has been made for many years. However, the demand is yet to be fulfilled.

It may be mentioned that the minister of health and family welfare, the government of India, submitted in the Lok Sabha that there is one doctor for 1,445 Indians as per the country's current population estimate of 135 crore, which is lower than World Health Organisation prescribed norms of one doctor for every 1,000 people. Therefore, there are 541 medical colleges in the country out of which 280 colleges are full-fledged government colleges and as many as 261 colleges are private colleges. As many as 80, 312 seats are intake capacity for admission into MBBS seats in a year.

In the case of Manipur, there are two medical colleges namely, RIMS and JNIMS and total intake of the colleges are 225 seats available for admission to MBBS course. Currently, there are 100 seats for MBBS course in JNIMS. Of it, 15 seats are all-India. And, other seats under reservation of Manipur for admission to the Regional Institute of Medical Sciences (RIMS), are 30 seats out of which 11 seats are for EWS (Economically weaker section) candidates.

It may also be pointed out that the ratio between medical professionals and common people are very low in the state of Manipur in comparison to other states for which the ailing population residing in the state could not avail the facilities of consultancy of medical practitioners according to their choice and the same is caused due to non-availability of adequate number of aspirants for becoming medical practitioners in the state. The state ratio is one doctor per 1,635 population as stated in the directorate of health report.

Manihar told the Imphal Free Press that the Union Ministry has released an adequate amount of funds for the enhancement of 50 seats for admission to MBBS course at JNIMS but due to the lapses on the part of the state government no seats have so far been increased in the institute for MBBS course.

The successful candidates of NEET 2020 also made an appeal on November 12 to the authorities concerned for increasing 50 more seats for MBBS course in JNIMS from the present academic session. A similar demand has been made by the parents and concerned citizens.

Further, it may be noted that the first counselling session of the successful candidates according to the merit list under NEET 2020 was held on November 25 and second on December 7.

JNIMS is likely to begin the MBBS session from December 12. But the concerned authorities’ failure to increase the number of seats for admission to MBBS course from the present academic session (2020-2021) has deprived the students' community who worked hard to clear the NEET 2020.

Misuse of MGNREGS, wage deduction of job-card holders have become tradition in Manipur