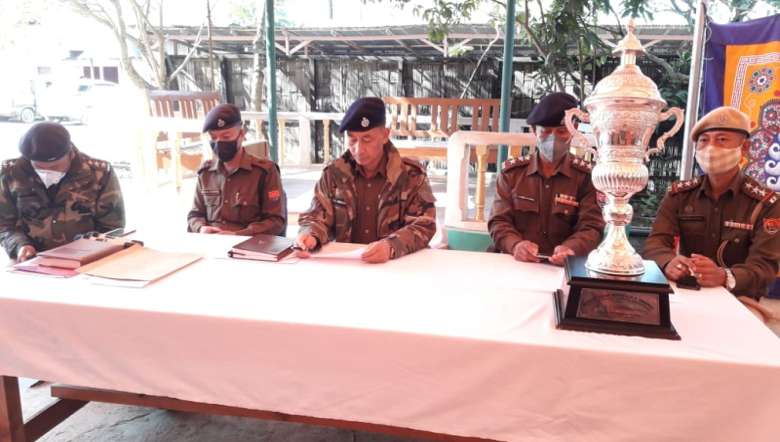 While expressing his joy on the occasion, SP of Thoubal district, S Ibomcha said that Nongpok Sekmai Police Station serves 47 villages in the district by maintaining good relationships with the people and the police station is known for solving issues in a short period of time. He continued that the police station received the award for the first time in the entire northeast India.

The Nongpok Sekmai Police Station was strictly inspected by the Ministry of Home Affairs on October 10 and after that the award has been conferred by Union Home Minister Amit Shah on November 2 through video conferencing, he added.

SP Ibomcha said that he would like to give the whole credits of the award to the public for their cooperation and understanding towards the duty of the police.

The duties performed by officer in-charge, K Premkumar and his team under the supervision of DGP LM Khoute and the government led by chief minister N Biren have become fruitful and there will be more satisfactory service by the police station in the future, said the SP of Thoubal district.