Dr Meghachandra encouraged the KVK Ukhrul to work more diligently for the benefit of farming communities in the districts. 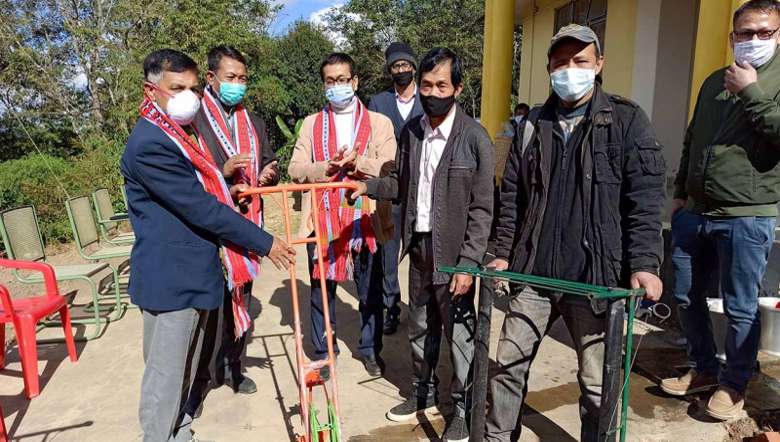 An interaction programme with a member of General Body, Indian Council of Agriculture Research (ICAR), New Delhi, Kh Nabakumar Singh was held at KVK Ukhrul on December 4, in the presence of officer on special duty, Government of Manipur, Premananda Sharma as a special guest and joint director, ICAR for NEH Region, Manipur Centre, Dr I Meghachandra Singh as president.

The chief guest of the programme, Kh Nabakumar Singh acknowledged the presence of KVK in the district for the dissemination of scientific innovative agricultural technologies in which all farmers in the district should be benefited. He also said that problems and grievances of the KVK will the presented to the higher authorities for the effective functioning of KVKs in the district, the release added.

It further said that Dr Meghachandra encouraged the KVK Ukhrul to work more diligently for the benefit of farming communities in the districts.

The dignitaries distributed small farm tools and implements to the farmers of Ukhrul under IARI-NEH components, it added.