Expressing worry that drug menace will destroy the society, the SP appealed to those involved in the drug business to stop it immediately. 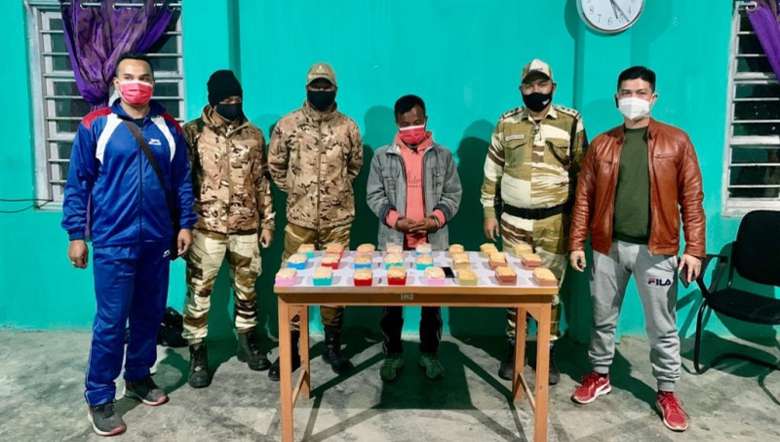 Thoubal district police have arrested two owners of a brown sugar lab, who absconded after the police carried out a raid and destroyed the laboratory owned by them at Thoubal Moijing Awang Leikai on October 29 midnight.

According to Thoubal Police SP S Ibomcha, the two owners is a couple and had run away before the police arrived on that day and the police have been searching for them.

Speaking to the media on Saturday, the SP said that the accused namely Md Kayamuddin alias Amuthi, 34, son of Md Hayad Ali of Phundrei Maning Leikai and presently staying at Moijing Awang Leikai was arrested on Friday night from his residence after he had hidden in places like Mantripukhri and Ukhrul while his wife Athotpi, 30 was arrested on Saturday.

Ibomcha said that in connection with the case Kayamuddin’s brother in law Abash Khan alias Amuba, 26, son of Md Ayub Khan of Moijing Awang Leikai, is already in police custody on charges of delivering and transporting manufactured brown sugar and other raw materials.

Expressing worry that drug menace will destroy the society, the SP appealed to those involved in the drug business to stop it immediately. “Investigation is also underway to find out who else is involved in the brown sugar business,” he added.

Around 12:45 am on October 29, Thoubal police seized 435.945 kgs of suspected brown sugar, 438 litres of liquid for distillation and other materials used in manufacturing drugs from the residence of Kayamuddin.