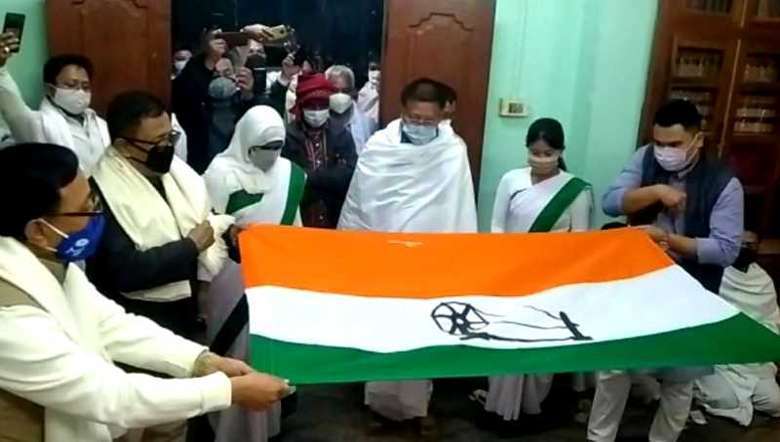 The MPCC team paid homage to the departed soul by covering the body with the INC flag.

Manipur Pradesh Congress Committee (MPCC) membersled by its state vice president, Khumujam Ratankumar along with its general secretary administrationexpressed condolences over the demise of the former MLA and took part in the last rite.

The members also paid homage and salute to the departed soul by covering the body with the party’s ceremonial flag.

It is said that the ceremonial flag that was laid on the body of Nandakumar will be kept folded and will be half hoisted at the residence of late Nandakumar on the fifth day (asthi) and official work of MPCC will be half-mast on Sunday.

Nandakumar son of late L Yaimabi Singh was born on February 17, 1934, at Khwai Nagamapal Singjubung Leirak, Imphal. He was elected MLA for three consecutive terms in 2002, 2007 and 2012 as an Indian National Congress candidate from 10-Uripok assembly constituency.