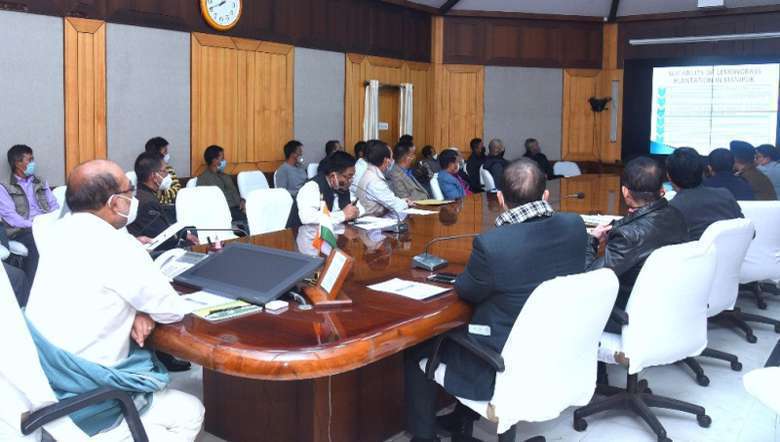 The Manipur government has sought approval of a project worth Rs. 6.8 crore from the Union Ministry of Tribal Affairs for plantation of lemongrass in as many as 130 hectares in different hill districts across the state as an alternative to poppy plantation.

A statement issued by the DIPR said that steps have been taken up to implement a pilot project costing Rs 60 lakh by the Manipur Food Industries Corporation Limited to plant lemongrass on 10 hectares of Senapati district and 3 hectares in Ukhrul district. The project may further expand if it is successful. The State RD&PR department has also given permission to plantation of lemongrass under MGNREGA, it said.

The statement further said that the matter was placed in the consultative meeting held on Saturday chaired by chief minister N Biren.

The meeting was attended by village chiefs of different villages of Ukhrul district, which are affected by the destruction of poppy plants under the government’s ‘War on Drugs’ campaign. Plantation and processing of lemongrass as an alternative livelihood for affected villagers was the main agenda of the meeting held at the Chief Minister’s Secretariat.

The Tribal Affairs and Hills Department informed that the state government has sought approval of a project costing Rs 6.8 crore from the Union Tribal Affairs Ministry regarding lemongrass plantation in 130 hectares of different hill districts of Manipur.

Speaking in the meeting, the chief minister said that the government is trying to provide alternative means of livelihood to poppy growers. He directed the officials to convene a joint meeting of all the concerned officials and stakeholders to identify the villages where lemongrass plantation may commence. He said that villagers would automatically switch to other occupations if the government provides proper assistance.

Biren further stated that suitable livelihood activities may also be identified keeping in view the climatic and soil condition and interest of villagers.