Nanotechnology: What is it and what are its uses?

Nanotechnology will eventually provide us with ability to design custom-made materials and products with new enhanced  properties, new Nano electronic components, new types of smart medical sensors and even interface between electronic and biological systems. 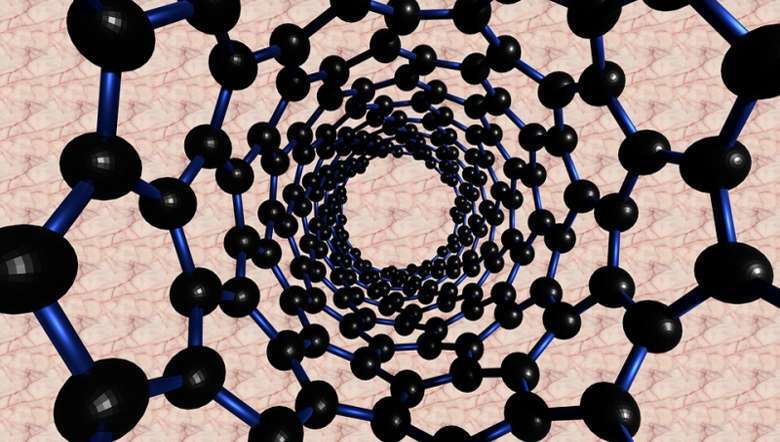 The word Nano Science refers to the study, manipulation and engineering of matters, particles and structures on the nanometer scale (10-9m). Important properties of material such as the electrical, optical, thermal and mechanical properties are determined by the way molecules and atoms assemble on the Nano scale into larger structures. Moreover in nanometer size structures these properties often different then on macro scale because quantum mechanical effect becomes important. Nanotechnology on the other hand is the application of Nano science leading to the use of new nanomaterial’s and Nano size components in useful products. Nanotechnology will eventually provide us with ability to design custom-made materials and products with new enhanced  properties, new Nano electronic components, new types of smart medical sensors and even interface between electronic and biological systems. These newborn scientific disciplines are situated at the interface between physics, chemistry, material science, biochemistry and biotechnology. Control of these disciplines therefore requires an academic and multidisciplinary scientific education. The concept that seeded nanotechnology was first discussed in 1959 by renowned physicist RICHARD FEYNMAN in his talk “There is plenty of Room at the Bottom” in which he described the possibility of synthesis via direct manipulation of atoms. In 1960, Egyptian engineer Mohammad Atalla and Korean engineer Dawon kahng at Bell Labs fabricated the first MOSFET (metal-oxide semiconductor field effect transistor) with a gate oxide thickness of 100nm along a gate length of 20μm . In 1962, Atalla and Kahng fabricated a Nano layer-base-metal semiconductor junction (M-S junction) transistor that used gold (Au) thin films with a thickness of 10nm. The term “Nanotechnology “was first used by “Norio Taniguchi” in 1974, though it was not widely known. Inspired by Feynman’s concepts, K. Eric Drexter used the term “Nanotechnology”in his 1986 book “Engines of Creation”.The coming Era of Nanotechnology, which proposed the idea of a Nano scale ‘assembler” which would be able to build a copy of itself and of other items of arbitrary complexity with atomic control. Also in 1986, Drexter co-founded “The Foresight Institute” to help increase public awareness and understanding of nanotechnology concept and implications.

The emergence of Nanotechnology as a field in the 1980s occurred through convergence of Drexter’s theoretical and public work, which developed and popularized a conceptual framework for nanotechnology and high-visibility experimental advances that drew additional wide-scale attention to the prospects of atomic control matter. Since the popularity spike in the 1980s, most of the nanotechnology has involved investigation of several approaches to making mechanical devices out of small number of atoms. Nanotechnology is the engineering of functional systems at the molecular scale. This covers both current work and concepts that are more advanced. In its original sense, nanotechnology refers to the projects ability to construct items from the bottom up, using techniques and tools being developed today to make complete high performance products. One nanometer (nm) is one billionth or 10-9 of a meter. By comparison, typical Carbon-Carbon bond lengths or the spacing between these atoms in a molecule are in the range of 0,12- 0.15 nm and a DNA double helix has a diameter around  2nm. On the other hand, the smallest cellular life-forms, the bacteria of genus Mycoplasma are around 200nm in length. By convention, nanotechnology is taken as the scale of 1 to 100nm following the definition used by National Nanotechnology Initiative in U.S. The lower limit is set by the size of atoms (hydrogen has the smallest atoms, which are approximately a quarter of a nm kinetic diameter), since nanotechnology must build its devices from atoms and molecules. The upper limit is more or less arbitrary but is around the size below which phenomena not observed in larger structures start to become apparent and can be made use of in the Nano device. These new phenomena make nanotechnology distinct from devices which are merely miniaturized versions of an equivalent macroscopic device; such devices are on a larger scale and come under the dissipation micro technology. Two main approaches are used in nanotechnology. In the “bottom up” approach materials and devices are built from molecular components which assemble themselves chemically by principle of molecular recognition. In the “top down” approach, Nano objects are constructed from larger entities without atomic level control. Areas of physics, such as Nano electronics, Nano mechanics, Nano photonic and nanoionics have evolved during the last few decades to provide basic scientific foundation of Nanotechnology.

Most applications of nanotechnology are limited to the use of first generation passive nanomaterials which include titanium dioxide in sunscreen, cosmetics, surface coating and some food products. Carbon allotropes used to produce gecko tape; silver in food packaging, clothing, disinfectants and household appliances; zinc oxide in sunscreen and cosmetics; paints and outdoor furniture’s varnishes and Cerium oxides as a fuel catalyst. Further application allows tennis balls to last longer; golf balls to fly straighter and even bowling balls to become more durable and have a harder surface. Trousers and socks have been infused with nanomaterial so that they will last longer and keep people cool in the summer. Bandages are being infused with silver nanoparticles to heal cuts faster. Video game consoles and personal computers may become cheaper, faster and contain more memory, thanks to nanotechnology. Also to build structures for on chip computing with light, for example on chip optical quantum information processing and picosecond transmission of information. Nanotechnology may have the ability to make existing medical applications cheaper and easier to use in places like the general practitioners official and at home. Cars are being manufactured with nanomaterial so they may need fewer metals and less fuel to operate in the future. Scientists are now turning to nanotechnology in an attempt to develop diesel engines with cleaner exhaust fumes. Nanotechnology also has a prominent role in the fast developing field of Tissue engineering. Researchers have successfully used DNA origami-based nanobots capable of carrying out logic functions to achieve targeted drug delivery in cockroaches. It is said that the computational power of these nanobots can be scaled up to that of a commodore 64. Although limitless wonders of Nanotechnology have been seen, it has also negative impact on health and environment too. Inhaling airborne nanoparticles and nanofibres may lead to a number of pulmonary diseases e.g. fibrosis. Researchers have found that rats breathed in nano particles, particles settled in the brain and lungs which led to significant increase in biomarkers for inflammation and stress response and those nano particles induce skin ageing through oxidative stress in hairless mice. It is also reported that lab mice consuming nano-titanium dioxides showed DNA and chromosome damage to a degree linked to all big killers of man namely cancer, heart disease, neurological diseases and aging. So, safe use of Nano materials through nanotechnology is a must.