The upgradation of the 31.091 km Umrit to Umdu road in the Umling-Pathrkhmah stretch is a World Bank-funded externally aided project. 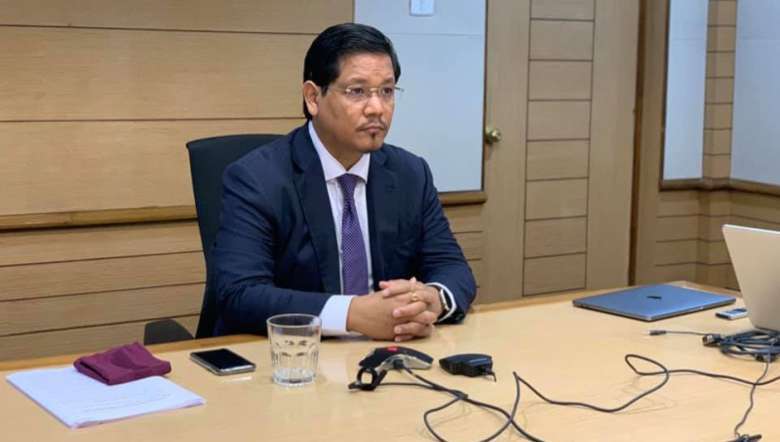 Meghalaya Chief Minister Conrad K Sangma on Friday laid the foundation for the upgradation of the Umling-Patharkhmah (Umrit to Umdu) road in the presence of Deputy Chief Minister Prestone Tynsong and MLA Jirang constituency S Sohtun.

The upgradation of the 31.091 km Umrit to Umdu road in the Umling-Pathrkhmah stretch is a World Bank-funded externally aided project being taken up under the Meghalaya Integrated Transport Project (MITP).

Speaking at the foundation stone laying ceremony at Umrit, Ri-Bhoi district, the Chief Minister termed the road project as a historic moment and said that it will usher in a major transformation in the economic condition of the people living in the area.

Stating that economic prosperity of a place is linked to proper connectivity and good roads the Chief Minister said that development of infrastructure and improvement of road connectivity across the state was a major focus area of the present Government.

“In the last two and a half years we have seen historic investments being made in the road sector. The PWD department under the leadership of our present Dy. Chief Minister has sanctioned schemes under PMGSY, National Highways, World Bank projects, and different projects under CRF and State schemes. The reason why we have done that is because this government truly believes that economic development starts with good infrastructure and good roads. If we have good roads economic prosperity begins. Transformation begins’” the Chief Minister said.

During his address, the Chief Minister also pointed out that many important roads in the State were lying in state of neglect for many years. He reiterated the commitment of the present Government to improve these roads which are the lifeline of people living in rural areas and smaller towns.

“Roads such as Nongstoin to Maweit, that are very important to the people and the state have been left unattended to for more than 40 years. It is this government that has taken the initiative to develop that road. The oldest road in the Garo Hills region, which is the Rongram-Dadenggre-Phulbari road, which has never been taken up in a major way, for the first time the PWD department will be constructing a new road and upgrading it with an amount close to Rs 145 crores”, the Chief Minister said.

During his address, Dy Chief Minister said that many projects including road development projects were progressing well in the Ri-Bhoi. He informed that apart from the upgradation of the Umrit to Umdu road for which the foundation was laid today the Government has plans to upgrade the Umsning-Jagiroad as well as the Nongpoh-Umden-Sonapur road.