The two arrested KCP (MJC) cadres were involved in a number of crimes related with KCP (MC) and later on KCP (MJC), a release stated. 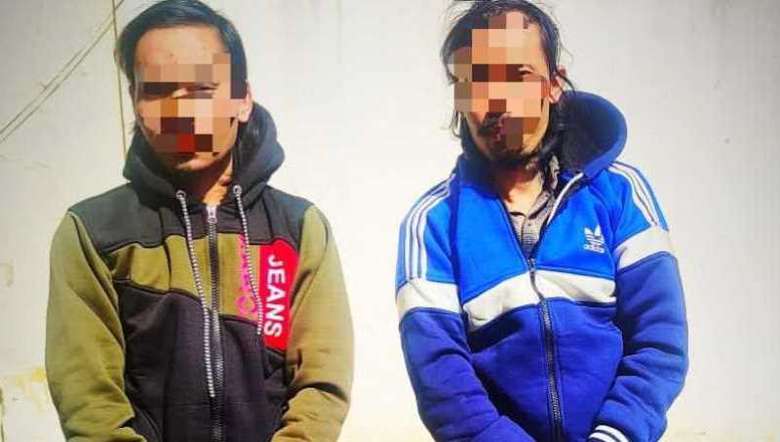 Two cadres of KCP (MJC) who were arrested in Bihar by a team of Imphal West police station and Jogbani police station, Bihar were brought to Imphal on Thursday.

On receipt of the presence of the two hardcore cadres of KCP MJC (earlier KCP MC), a team of Manipur Police led by SI Kh Santosh Kumar of Imphal West Police went to Jogbani Police Station and arrested the two accused persons. They were produced before the Court of Additional Chief Judicial Magistrate VI, Araria, Bihar and remanded into transit remand till December 6, it said, adding that the same police team along with the accused persons reached Imphal on Thursday.

The release said that Shanta is working under self-styled Imphal East Commander Major Tomba Macha and self-styled Captain Ranjit of UNLF. He was handed over to Sekmai PS for taking up further necessary action, it added.