The Imphal-Jiribam road could not be trusted for the time being, but one must not forget the services rendered by the agencies handling the highway during the extended economic blockades imposed by Naga groups and more recently in bringing home thousands of state natives from the Jiribam Railway Station, after the Coronavirus pandemic broke out across the country. 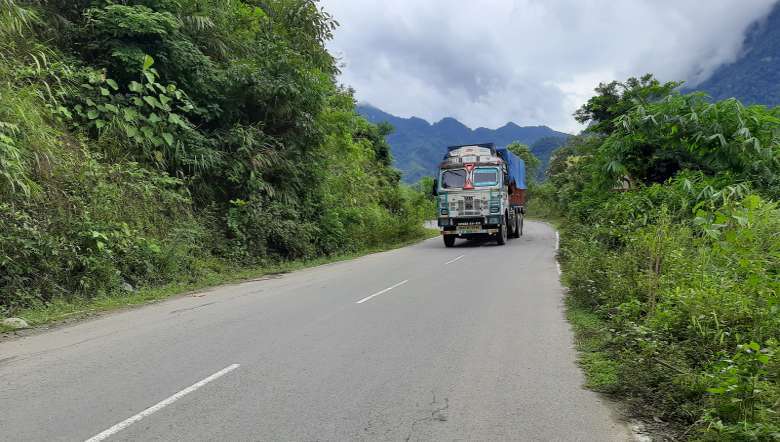 December 2 was indeed a dream come true for the present Chief Minister N Biren Singh as he said in his speech while inaugurating the new bailey bridge over Irang River at Taubam village and also laying the foundation stone for a new RCC bridge over Irang River. When he was an editor of a daily newspaper called Naharolgi Thoudang he had written and pledged a sum of Rs 5000 for development of the Imphal Jiribam highway. The campaign received a huge response from the general public. Everyone felt the development of an alternative lifeline other than the Imphal Dimapur road because of the frequent landslides and economic blockades. But, the bridges over Barak, Makru and Irang Rivers on the highway were unreliable as it were bailey bridges. With the coming of the BJP-led government in the state, RCC bridges were approved for Barak and Makru while it was pending for Irang. The National Highways and Infrastructure Development Ltd NHIDCL has assured the inauguration of Barak and Makru bridges in a few months while also assuring completion of the RCC Irang bridge within a year. This is simply fantastic for the Chief Minister. In fact, it is a dream come true.

Imphal-Dimapur road (NH 2) and Imphal-Jiribam road (NH 37) have always been a rallying point for politics by certain communities doting these national highways and a pressure point for raising of all kinds of demands and grievances. The other two national highways seldom come in the limelight.

Manipur being a land-locked state highly depends on the highways for ferrying in food and all other goods including essential items, which is exactly why highway blockades have become a bargaining chip for groups who have an axe to grind with the state authorities or holding it to ransom for the realisation of their demands howsoever petty it be sometimes. Besides, during the rainy season, frequent landslides happen because of the soil conditions in this part of the country. Recently, the Imphal-Mao sector of National Highway No 2 was cut off after a 50-metre long portion sank at Khongnem Thana about 15 km away from Maram following incessant rains.

We all know, the Imphal-Jiribam road or National Highway 37 could not be trusted for the time being to be an alternative lifeline or for bearing the burden of traffic otherwise handled by NH 2, for quite some time. The latest incident being the collapse of the Bailey bridge over Irang River at Taobam village in Tamenglong district taking down a sand loaded truck along with it leading to the death of the driver. In the past, the Border Roads Organisation (BRO) in charge of the maintenance of the Jiribam highway then was the villain. Now, NHIDCL has taken over the responsibility of the highway, and at least some changes in highway management and road condition could be seen. But, voices crying foul of the new agency as well are still there. Yet, one must not forget the services rendered by the agencies handling the highway during the extended economic blockades imposed by Naga groups and more recently in bringing home thousands and thousands of state natives from the Jiribam Railway Station, after the Coronavirus pandemic broke out across the country.

Works for the construction of Pucca bridges over Barak and Makru was begun in right earnest and it is going to be completed at the beginning of 2021, as promised by NHIDCL. The November 1 collapse of Irang Bridge was indeed a tragedy and once again certain groups are calling into question the management of the highway. Some voices are even dubbing it as criminal negligence on the part of NHIDCL for not maintaining the highway properly. But, kudos to NHIDCL and the Indian Army for the resumption of traffic on Imphal Jiribam Road in record time and also to the Ministry of Roads, Transport and Highways (MORTH) for sanctioning the RCC bridge over Irang River. Another feather on the cap of Chief Minister N Biren Singh.