Smuggled timber worth over Rs 10 crore seized in Ukhrul

The seized timber along with the trucks and drivers have been handed over to Shangshak Police Station, the Assam Rifles said. 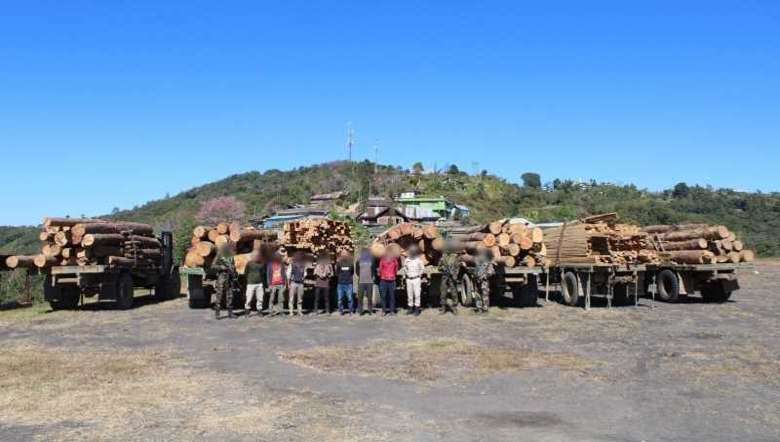 Troops of Assam Rifles on Sunday foiled an attempt to smuggle timber in Ukhrul district of Manipur, and seized seven truckloads of timber worth over Rs 10 crore, sources said.

According to an IGAR (South) release, Assam Rifles launched an operation and in the early hours of Sunday, intercepted a convoy of seven trucks carrying smuggled timber near Koshu village. The seized timber is assessed to be worth over Rs 10 crore, it said.

The seized timber along with the trucks and drivers have been handed over to Shangshak Police Station, it added.

Meanwhile, as part of its continuous efforts to increase COVID awareness among local population, Assam Rifles conducted a Painting Competition on Sunday in the vicinity of Sawombung in Imphal East.

It further said that children from the nearby villages participated in the competition which was followed by an awareness lecture.

“Assam Rifles troops are committed to take forward the awareness drive under the Jan Andolan Abhiyan started by the Prime Minister and ensure that the message of safety against Corona virus is spread to maximum people and even to the remotest area,” it added.