Modi stressed that India considers vaccines as not only vital to good health but also as a global good, and it is India’s duty to assist other countries, including the nations in our neighbourhood, in the collective fight against the virus. 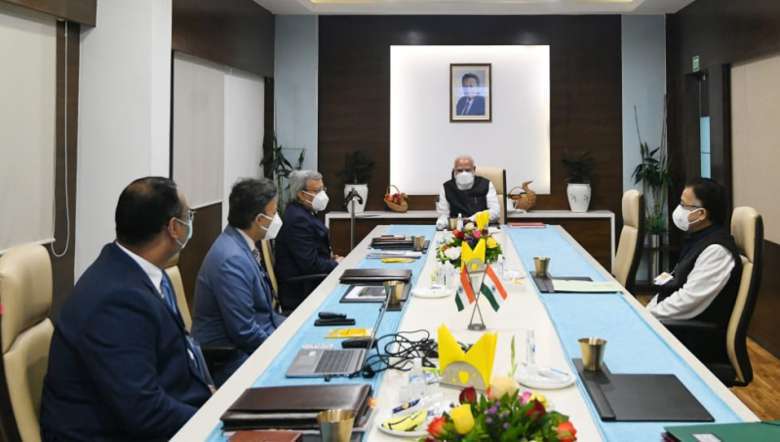 Prime Minister Narendra Modi has been directly monitoring India’s response to the challenges faced in countering the COVID-19 pandemic. As a part of the monitoring exercise, he undertook a three-city tour on Saturday to review the vaccine development and manufacturing process. He visited the Zydus Biotech Park in Ahmedabad, Bharat Biotech in Hyderabad and Serum Institute of India in Pune. Two of these sites are where India is indigenously developing vaccines to fight COVID-19 and the third site is a mega-sized vaccine manufacturing facility.

During his visit, the prime minister told the scientists that he chose to meet them face to face in order to boost their morale and help accelerate their efforts at this critical juncture in the vaccine development journey, a PIB release stated.

Modi stressed that India considers vaccines as not only vital to good health but also as a global good, and it is India’s duty to assist other countries, including the nations in our neighbourhood, in the collective fight against the virus, the release stated.

Ambassadors of 100 countries to visit Pune on December 4

India is not only leading the world in research for vaccines but will also be an important manufacturing centre for the world’s vaccine production. Next month ambassadors of 100 countries are scheduled to visit Pune on December 4, when they will visit Serum Institute of India and Gennova Biopharmaceuticals Limited.

COVID-19 in India on downward trend

India’s Covid-19 infection curve is showing a downward trend. From the peak of almost 97,894 daily cases in mid-September, on 26 November there were 43,174 cases.

Modi has been at the forefront of the fightback against the pandemic and has been personally monitoring India's statistics every morning since early March. He has called up chief ministers to speak to them away from the public eye (to avoid any chance of politicization) to get a sense of the situation. He has chaired at least once COVID-19 related meeting a week over the last nine months, and most have been away from the public eye. He has interacted with all sections of society from healthcare professionals, to sportspersons, to media to even radio jockeys, to motivate them to spread awareness, learn from them, know their experience, harness their expertise, the PIB release added.