The National Education Policy 2020 focuses too much on the centralization of education sector which goes against the federal and democratic structure, writes Takhellambam Donel. 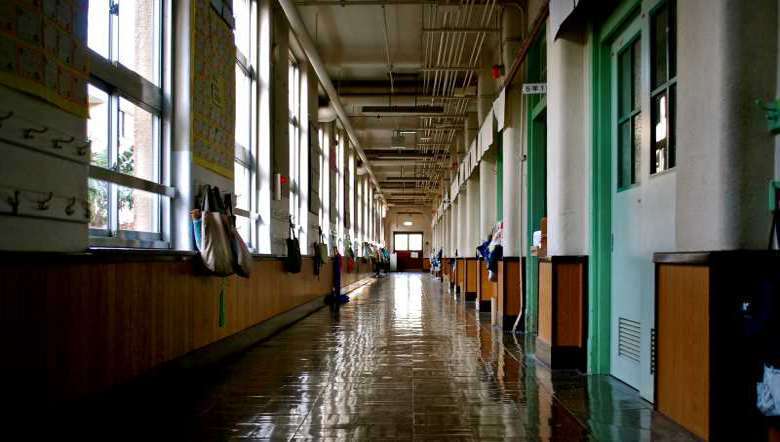 In the past, if the ruler wanted to seize political power in a country, the ruler had to control the army. Today a country belongs to who controls education and whoever controls the education of our children controls our future. Same here, our dominant State knows that if they control the education they control the nation. Nowadays questioning authorities is seen as anti-national and a threat to authority. In a society in which individuals who question authorities are consistently silenced and shunned, is a society that has Stockholm syndrome society and passive citizens, therefore paving the way for its own enslavement and franchising recipe for tyranny. They even enjoy their slavery and domination. In reality, they are the one who raises the alarm and awakens the slumbering masses.

To the States or any one of them, or any city of the States, Resist much, obey little, Once unquestioning obedience, once fully enslaved, no nation, state, city of this earth, ever afterwards resumes its liberty. -Walt Whitman.

The National Education Policy 2020 fails to recognise the diversity of people in India. The policy focuses too much on the centralization of education sector which goes against the federal and democratic structure. There will be a National Assessment Centre and it will completely redesign school-based assessment, dismantling of the University Grants Commission  (UGC) and the All India Council for Technical Education (AICTE), the introduction of a four-year multidisciplinary undergraduate programme even after the unsuccessful results of it being imposed in Delhi University.

Education is a weapon- Joseph Stalin

The new policy comes under a single regulator, to regulate the higher education institutes, including all State universities is in violation of Article 246. The National Testing Agency will conduct common entrance examinations for admissions to universities across the country. In a country of diversities, no single system of education will suit all States. It will violate the constitutional right of the State governments to frame their own policies concerning education in accordance with the geopolitical needs and people of the state. A centralized education system will amount to a stepping stone to social exclusion and dilution of the federal structure and democratic principle, and attempts to intervene autonomy and sanctity of the Universities. There will be undemocratic and ideologically controlled by those in power, the so-called sponsored intellectuals and corporate oligarchs/funders.

How the ruling elite systematically lodged the education system as a way of controlling the population so that it would reduce the threat to the ruler of the masses, and instead form a subservient, dependent. The national curriculum (The set of courses, coursework, and content, offered at a school or university of schooling) is designed to prevent children from learning how to think and act, make them susceptible into bread and circuses. Twisting facts in textbooks with belief systems and political agendas. They viewed newborn as a blank mind on which inscribe their influences, glorification agendas.

China has adopted the same methods of controlling family, school, and free speech. They also control the populace through its school system. The Communist Party has complete power over education. This allows China to indoctrinate children at a young age into Party propaganda.

Language is the soft power of attraction, the ability you get what you want. It emphasizes three things - cultural appeal, political and diplomatic. In the long run, it's not the size of the army that matters as much as a country's ability to influence the minds of the masses. Whoever controls the language controls the culture. Language has incredible power because it sets the agendas of the nation. It is not the tanks and bullets that ultimately win wars. For propagandist words are the weapon. If you divide a community's language boom differ their will, if unify their language, it unified their power. Same here, our dominant State knows that if they control Language they control the culture.

The New Policy advocates for the implementation of the three-language formula. However, this policy aims for dominant culture and mainstreaming of Sanskrit, an extinct language with strong offerings in the school including as one of the language options in the three language formula as well as in higher education. Sanskrit Universities will move towards higher learning institutions. The indication is to replace English by domestic languages, preferably Hindi /Sanskrit, chances are that most right wing ruled state governments will fall in line like a conveyor. On November, Manipur’s Education Minister announced that  Sanskrit will be introduced in the curriculum of selected schools and colleges in the state. Manipur University is also planning to open a department for the subject. Isn't it offering advantages to Sanskrit over another 30 ethnic tribal languages? What is the future scope of an already dead language Sanskrit in State like Manipur or Will it be useful? I don't know, but would rather say Machine Learning, Artificial Intelligence (AI) is going to have the highest demand in the near future.

This is not the first time such a move is made to impose Hindi and Sanskrit language in the entire country. The AB Vajpayee and PM Modi government tried to bring in similar reforms but retracted the mandatory Hindi clause from the draft after strong opposition. The three-language formula was first implemented across the country in 1968. However, its implementation was not uniform, political parties in Southern States considered as an attempt by the Centre to impose Hindi. They had announced in the State assembly, in 1968, that Tamil Nadu would follow only the two-language policy and said Hindi must not be imposed on non-Hindi speaking states and that such attempts would be opposed and defeated. In India, there are 22 languages in Eighth Schedule and hundreds of unscheduled languages, variants from north to south, east to west. Some of them belong to Indo-European, Dravidian and Austro-Asiatic. Sino-Tibetan/Tibeto-Burman language is the most spoken language in Northeast India. Not all states accepted the three-language formula in principle, while others made some change, it became impossible to implement.

In Southern and Northeast States it will be a language of their own,Hindi/Sanskrit and English meaning additional hurdles in a cognitive load of children. For example: If a student in Manipur is learning Manipuri and English, he/she will have to choose to learn another Indian language. Well, another language schemed in this policy is Hindi in disguise as Sanskrit. Moreover, if students are communicating in their mother tongues till Class 5, and start with the basics of English from Class 6. That would indeed lead to hindrance in communication. Problem is for those from the South and North-Eastern states, and others who will not know Hindi and for every official communication, legalities and programming language like Java, Machine Learning, (AI).

Obedience to authority is ingrained in us all from the way we are brought up. -Milgram

This policy appears inclined to the RSS agenda of Hindinisation, their view of Akhand Bharat (Hindustani). They have been plotting saffronisation of the Indian education system for long. Hindi is an Indo-Aryan language spoken chiefly in Northern India. Hindi is a direct descendant of an early form of Vedic Sanskrit, through Sauraseni Prakrit and Sauraseni Apabhra sa, which emerged in the 7th century CE. Hindi uses more of its word which is a derived word from Sanskrit. For example, the word Pyaar is derived from the Sanskrit word 'Priya’, meaning love. Sanskrit is also the ancient language of the Hindu religion. Most of the literature available in Sanskrit is religious. Does it mean to teach Hindu religious texts?  It will also give enough space for the saffronisation of education. The policy cleverly misguides masses into assuming it is a National Policy. It's more a scheme for the privatization of education and ideological takeover by the right wing.

The ideas held by society are the ideas of the ruling class: Conflict theory.  It is through education that we learn how to think, believe, act and in short, the ideologies of educational philosophy will be the philosophy of life in the next generation. Unfortunately, modern technology offers easier and far better tools for the manipulation of the masses. It’s better to be informed and know who is pulling the strings than to later making excuses for having buried our heads in the sand and too late to resume freedom of independent thought and liberty.

Delhi based independent analyst. He analyses and shares designed beliefs and thoughts on a deeper level. He is an alumnus of Delhi University and Ambedkar University