In 2019, the Social Justice and Empowerment Ministry report recorded as many as 34,000 IDUs in Manipur with a population of over 27 lakhs. 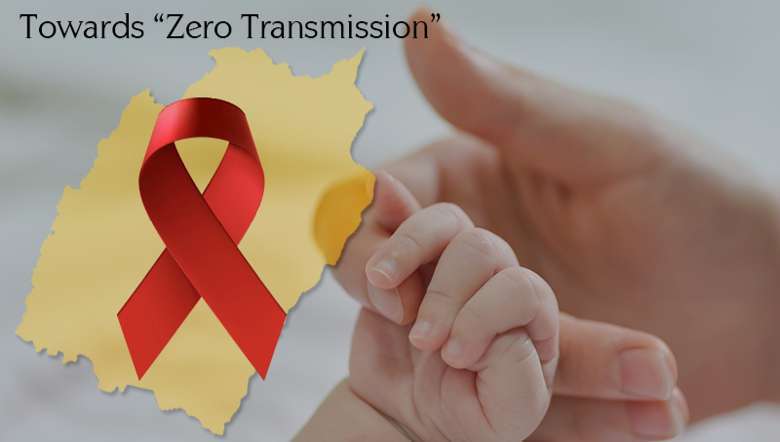 Manipur in Northeast India despite having a high prevalence of people living with HIV/AIDS is progressing towards “zero transmission” of HIV/AIDS from mother to child. This was informed by the joint director, Manipur AIDS Control Society (MACS), Abhiram Mongjam during an exclusive interview with the Imphal Free Press.

Abhiram said that at one time, Manipur, with a high number of injecting drug users (IDUs), faced a big health issue of high HIV transmission from mother to child. But today, with the effective implementation of Prevention of Parent to Child Transmission of HIV/AIDS (PPTCT) programme, the problem is being addressed gradually to reach the stage of “zero transmission” from mother to child, he said.

The PPTCT programme was launched by the National AIDS Control Organisation (NACO) under the Union Health and Family Welfare Ministry in 2002 to eliminate transmission of HIV/AIDS from mother to child by the target the year 2020.

Recalling the period where transmission was high, Abhiram said, “In the late 1990s, injecting drug users faced serious warnings from several organisations in the effort to control the drug menace in the state. The situation made many IDUs to get married for the sake of hiding their status and to avoid serious actions against them. This became one of the major reasons for HIV/AIDS transmission from mother to children in the state during the early 2000’s”.

During this period, it was estimated that every day, at least one of the babies born every day was infected with HIV/AIDS. However, with the launching of the PPTCT programme, the number of newborn babies with HIV/AIDS infection reduced steadily, he added.

In 2019, the Social Justice and Empowerment Ministry report recorded as many as 34,000 IDUs in Manipur with a population of over 27 lakhs.

Abhiram said that Manipur has been implementing the PPTCT programme, keeping in view the target year 2020 as set by NACO, by focussing on scaling up of testing services in the state.

But from 2011 onwards, test facilities were increased and now the state has 64 testing facilities, including private and government hospitals in all districts of the state.

“With the enhancing of testing facilities during these last eight years, the number of people coming for HIV testing is also increasing,” Abhiram said, adding, “This is the main factor that helps to prevent transmission to the stage of elimination”.

Explaining the functioning of the PPTCT programme, Abhiram said, “Pregnant women who are tested HIV positive undergo lifelong Anti-Retroviral Therapy (ART) and their newborn babies (HIV exposed) are provided six weeks of Nevirapine syrup immediately after birth. The syrup is extended up to 12 weeks in case the child’s mother does not complete its ART course for 24 weeks.”

“MACS could execute this service effectively with the increase of HIV testing during these last eight years,” he added.

“Fortunately, nowadays, all the DBS record came with negative test results for the state. This also shows that HIV transmission from mother to child is almost negligible,” he added.

While stating the significance of eliminating HIV transmission from mother to child, Abhiram said that prevention of this the transmission would help to prevent disease burden resulting out of HIV and AIDS in the state, such as discrimination and stigmatisation.

“People know that children being infected by HIV are not their fault. But they are always stigmatised and discriminated that has made them face various challenges in life such as depression and mental trauma. Such consequences may spoil their life even if they have many talents,” the joint director added.

Appealing to the people of the state to get HIV tested, Abhiram said that government alone cannot fight this health issue without the support and cooperation from the people of the state. Only through early detection, transmission can be prevented. As such, people should not hesitate to undergo HIV testing, he added.