“If we are to make school properly function, the appointed teachers should work sincerely and make the village their home,” Vungzagin said. 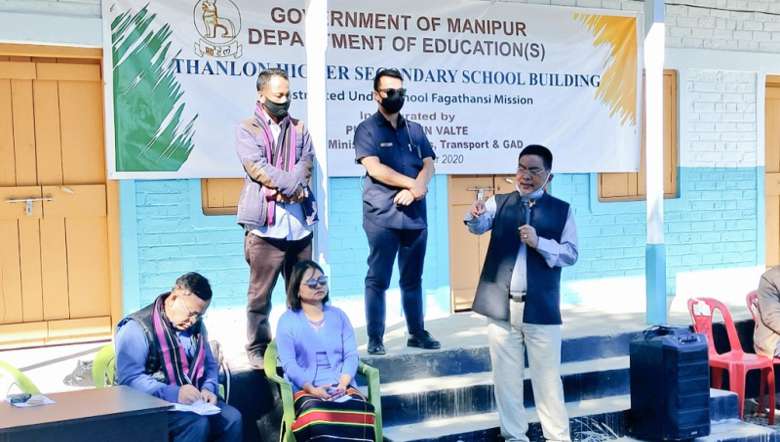 Manipur Minister of Transport, TA and Hills, GAD, Vungzagin Valte on Friday inaugurated Thanlon Higher Secondary School, which is constructed under the "School Fagathansi programme" of the state government at Thanlon sub-division.

The minister had earlier inspected the former BRTF camp in the morning and examined its conditions as it is to be used as a temporary school for KVK (Central School) before the completion of construction of the new building at the higher secondary school campus at Thanlon.

Valte ordered all the 12 appointed teachers for the higher secondary to be always active as it was witnessed that only four teachers out of 12 were present on Firday. He also instructed the ZEO of Pherzawl to issue an explanation call to all the teachers who have failed to turn up on the occasion and instructed the ZEO to forward the explanation letter to him.

Vungzagin Valte said that he was there to make Thanlon as a hub of education to bring more development in the future.

“If we are to make school properly function, the appointed teachers should work sincerely and make the village their home,” Vungzagin said.

Leader of the Khangthah Zuun Pawl, Thonglianmang expressed appreciation towards the minister for the remarkable steps he took for the existence of a higher secondary school and promised all possible help to the minister.

The tour began on November 24 and the minister had attended a series of inauguration at different places and felicitation programmes in more than 23 villages. During his visits, the minister had listened to the grievances of the people and assured to help as per his capacity.